Cochin (in Kerala) is a timeless place, not to be hurried. Unfortunately, when you only have 4 hours to explore it in, it's difficult not to hurry. So, our mission today was to see as many of Cochin's greatest hits in as short a time as possible, and still leave some time for a curry lunch. We just about achieved it.

Getting a tuk tuk driver proved to be unexpectedly easy. Sometimes the drivers can stubbornly hold out for a silly price, but this time the drivers who surrounded us starting bidding against each other driving the price down, until we decided upon a guy who would take us around for $4 for 4 hours. It turned out that he was a good find – he was conscientious and informative.

He proudly told us that he worked for the film crew when they came to Cochin to film the sequel to The Magnificent Marigold Hotel. It turned out that he was assigned to be Lionel Blair's driver – a prime job no doubt! - and that he even had a very brief cameo in the film. As I've not seen the film, I didn't know that 80s TV star Lionel Blair was even in it, but I will now watch out for him.

Our tuk tuk ride actually added to the sense of hurry for the afternoon. The vehicle's tiny engine starts to scream when you go over about 10 miles an hour, while you feel every single bump in the road (of which there are many). But, we managed to cram in all the standard Cochin sights, before stopping for lunch at the Fort House Hotel. The food was good, but it was the setting that made it – overlooking the water, with the warm breezes blowing in, it almost felt like we could be here for more than a frantic couple of hours.

Our final stop was at the famous Chinese Fishing Nets, which are a bit of a cliché for this part of the world – they never seem to catch anything, other than catching tourists who are willing to pay a couple of dollars to take a photo. Actually, a more genuine fishing experience was taking place right next to them, where fishermen on foot would wade into the water and hurl in a weighted net that would unfurl into a big circle. It looked quite old school, but each time they were dragging out at least a catfish or two. These are scenes that have continued pretty much unchanged for centuries.

So, we achieved our mission – tuk tuk negotiating, sightseeing, photo taking, curry eating. Hopefully we can have a more relaxed time next year. 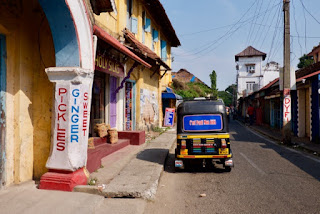 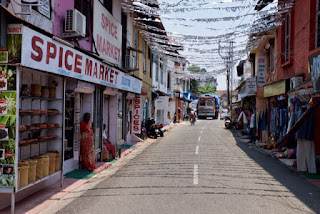 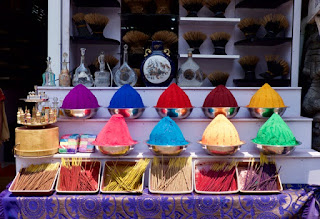 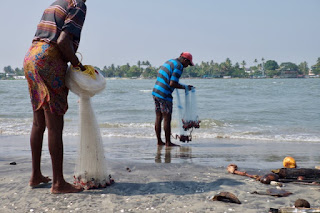 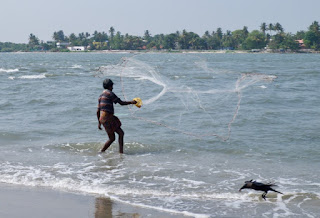 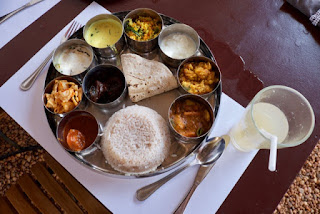 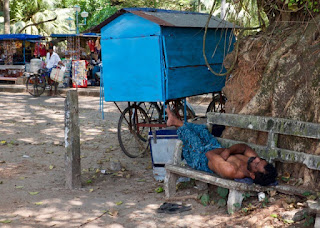 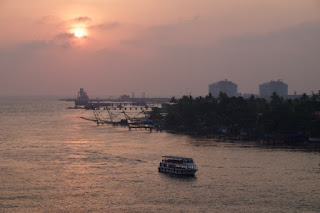