April 2nd – Mumbai on a Sunday

Mumbai on a Sunday is a totally different prospect to how this normally manic city is on every other day of the week. At least in the morning, the streets are fairly empty and in fact you're more likely to be held up by a game of street cricket than in a traffic jam.

And, as a sign of how quickly India is advancing these days, Sundays have become all about leisure for large numbers of middle class Indians. So, we joined the crowds of people strolling at the Gateway of India, and then joined the frenzy of cricket going on at the Oval Maidan.

I've never seen so much cricket going on simultaneously in what is a fairly small space – in places, 4 closely adjoining pitches just metres apart, were all playing host to separate intense matches, with 4 sets of different fielders racing around after the balls. How no-one got hit by another ball, or collided into each other was a minor miracle. Like Mumbai as a whole, there was so much industry going on that it made for an incredible spectacle, plus it all looked like it could all go horribly wrong at any point; yet, somehow it all worked out incredibly well.

By now it was time for lunch, so we head that Tracy had read about in the India Times as one of its Top Ten best places for a Mumbai Sunday lunch. So, we caught a cab (via the Crawford Market which is undergoing a major renovation) to the chaotic Kalabadevi district. Where Central Mumbai had been calm and quiet, this area was reassuringly chaotic and raucous. While we were glad to find a bit of untamed Mumbai, it made us a little wary of eating in an area where it looked like a bomb had just gone off.

However, when we got to the restaurant – a Guajarati thali restaurant called Shree Thakar – there was a big queue of people waiting outside, and inside it was a scrupulously clean very welcoming place, that seemed full of middle class families. It's a place where they have a huge choice of different vegetarian dishes, breads and rices, and the manager talked us through every dish first, before we were topped up over and again with our favourites. I know that it's a traveller's cliché to delight in being "the only non-locals there", but the food in this place was delicious, the atmosphere bustling but friendly, and by the time we left the queue was into the street. A great experience.

The only problem with all you can eat places, is that I end up eating more than I can/should eat, which rather curtails your appetite for much more sightseeing, especially on a searing hot day like today. Nevertheless, we had a fun time walking around the busy market outside – a place for aimed at the locals which made it even better.

As the temperature got to boiling point, we picked up a cab – a/c consisted of open windows – and we stopped in at Chowpatty Beach to see the locals at play. The water didn't look too clean, but that didn't seem to bother anyone. Our final stop was at Malabar Hill, where we visited the Hanging Gardens, and found that the views from "the viewpoint" weren't so great because of construction work.

I've never had a bad day in Mumbai. It's always swelteringly hot here and verging on chaos, but the sights are never less than fascinating and the atmosphere is always exotic but welcoming. With every year, the city seems to get more organised, cleaner, and more middle class; but, it never loses its manic (and magic) edge. What an amazing place. 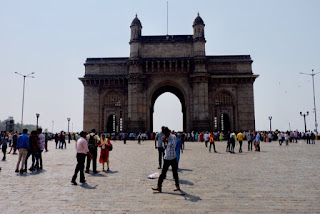 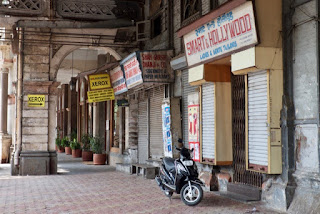 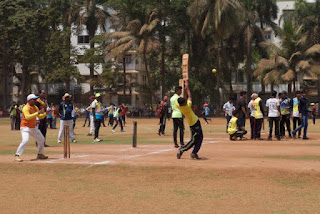 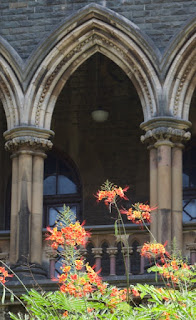 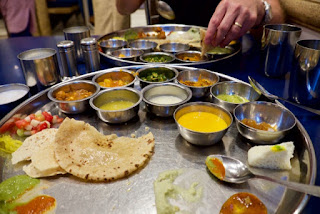 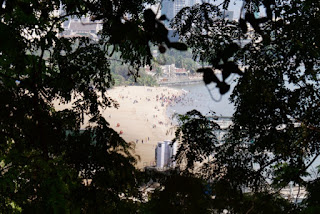 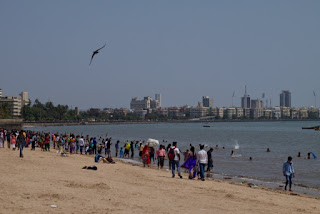