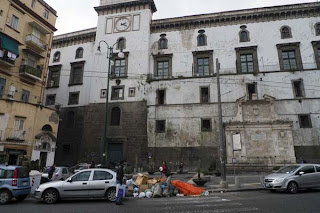 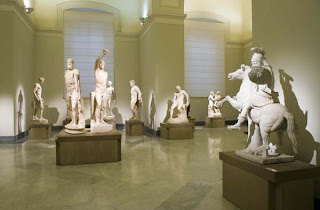 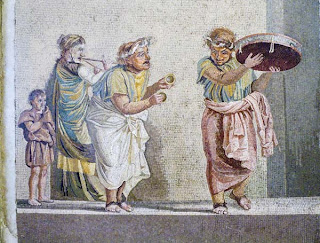 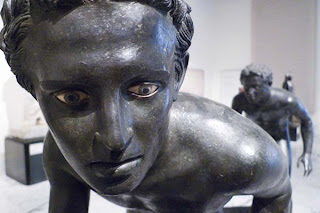 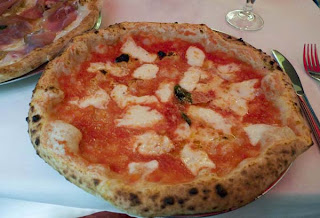 As we have an overnight in Sorrento, we removed all valuables and jewellery from our persons, and decided to make the trip to the chaotic urban jungle that is Naples, just over an hour's train ride from Sorrento.

Naples is a remarkable city – at turns hugely impressive with its grand aristocratic buildings from the 18th and 19th century, and at other times, fairly depressing with its run-down, graffiti-ridden, rubbish-strewn, traffic-clogged streets.

As you walked around the frenetic and crumbling streets of central Naples, the atmosphere and environment weren't massively different to what we'd experienced in Alexandria a week or so before. Both are cities in an amazing natural setting (Naples in the shadow of Mount Vesuvius), with a glorious past, that are falling a long way short of their potential. Naples is being held back by organised crime in particular – the Camorra (the Neopolitan version of the Mafia) hamper any efforts to improve the dilapidated urban environment.

You wouldn't say that Naples is a pleasant city to explore on foot, the pavements are fairly uneven (you also have to dodge the motorbikes who decide that its quicker to drive on the pavement than the road), the rubbish collections are very irregular, and crossing the road is a life-threatening experience.

We eventually made it to the fabulous Archaeological Museum, an oasis of culture and calm, surrounded by continuously hooting traffic. The museum contains the treasures of the Farnese collection – a wonderful ensemble of Roman sculpture that's so high in quality that it has to be seen to be believed.

After the museum we needed to revive our weary feet with another Neopolitan institution, pizza. Naples is the home of pizza, and Tracy had probably the best pizza of her life, while my pizza disappointingly turned out to be a "bianco" (no tomato sauce), so I spent a whole meal suffering from pizza-envy.

Scarcely able to move after over-indulging, Tracy led us off on a shoe hunt. We got the metro to a high class district called Vanvitelli, which seemed like a world away from the chaos of central Naples. Here we entered a civilised upmarket area where order had been restored – if you lived up here, I'm not sure you'd venture into Central Naples very often.
Just when we were thinking that Naples might not be such a bad place to live after all, we made the mistake of catching the metro back to the train station in rush hour. After a frustrating, sweaty and slightly scary 40 minutes of train delays and extreme overcrowding, we eventually made it back to the station to catch the train back to Sorrento – it makes our memories of commuting in London seem not so bad after all.