April 22nd – From Alexandria to the Pyramids

I remember the first time that I went to the pyramids (a long time ago when I was in my mid-20s) – the sense of wonder I felt at seeing these awesome masterpieces of ancient engineering, meant that it was a thrilling experience. That was my first experience of "exotic" travel - and, even though I'm a bit more jaded now (20-something years later), and I must have been here at least 10 times since, I have to admit that I still let out an involuntary "wow" when I got my first glimpse of the pyramids today.

In fact, in some ways, the pyramids have even more of a visual impact – having driven for 2 hours through chaotic traffic from Alexandria, you find that the town of Giza has sprawled ever further towards them, so that it's now even more striking to see them appearing abruptly out of the urban sprawl. The contrast between these towering 5,000 year old constructions, and the scruffy modernity that's almost engulfed it, really puts into focus what utterly remarkable buildings these are (and how much things have deteriorated over the millennia since).

Because, when I'm standing next to the pyramids, I still really can't fathom how on earth they were constructed. Never mind that there were no machines, no cranes or computers back then, how did they organise the sheer logistics of cutting ,shifting and slotting together these massive stone blocks which weigh on average 10 tonnes each? The amount manpower involved must have been incredible.

Tourist numbers are still way down on what they used to be, which gave the persistent hawkers, stall keepers and camel owners an extra sense of desperation. However, it did mean that there less other people to get in the way of my views. It's when you get beyond the line of hawkers and go round the side of the pyramid, as the crowds disappear, that you get to sense their power. When it's just you and the pyramid, then you feel tiny.

Plenty of people onboard asked me if I could be "bothered" to see the pyramids – the answer is always an emphatic "Yes"! 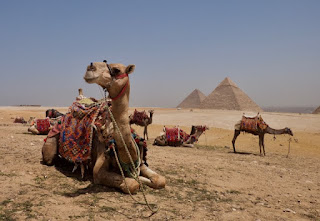 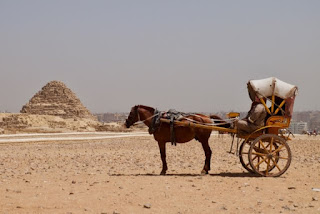 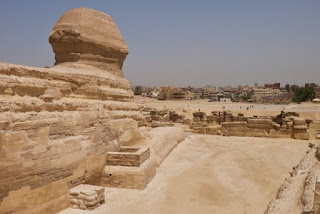 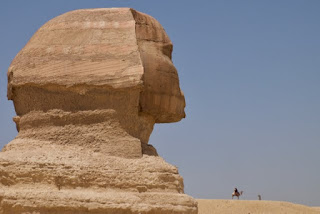