When you keep coming to a city over and again (we've been to Colombo 8 times in the last 9 years), it can sometimes feel like you're running out of things to do. When this happens, I turn to one of my favourite activities – eating – to give my day a focus! So, in our two days in Colombo, we helped ourselves to some absolutely delicious meals.

Actually, Colombo is a place that's changing so fast that in places it can feel like you're visiting a different city every time you come back here. The end of the Civil War in 2011 has brought peace and prosperity back to this lively city, and you can feel a real sense of industry and advancement all around the city.

In just the year since we were here last, the port has expanded massively and a huge new amount of land has been reclaimed on the waterfront. An enormously tall telecommunications tower has shot up (which at 350 metres tall will be the tallest building in South Asia) – supposedly it will be completed by the end of the year. Also dominating the skyline, a bizarre-looking pair of skyscrapers called the Altair Building are being built – one propped up against the other at an angle, like a pair of dominoes about to topple over. While, the face of Galle Face Green is really being transformed with tall skyscrapers being built all around it. This place is changing fast!

The food scene is going increasingly upmarket too. Our first meal was at the famous Ministry of Crab in the Old Dutch Hospital. As the name suggests, this place is all about crabs – the bigger and more expensive the better – so, we gorged ourselves on a mountain of delicious chilli crab. With all this crab in our stomachs, on a sweltering afternoon, the temptation to head back to the ship for a sleep had to be resisted strongly; and we stumbled out onto the busy streets of the chaotic Pettah District. As ever, it was fun to soak up the energy and everyone was overwhelmingly friendly.

In the evening, eight of us went to a new restaurant we hadn't been to before – Upalis, near the Viharamhadevi Park. The long-sufferering waiters were very patient in dealing with our constant demands, and the food was lovely – lots of spicy dishes that I hadn't had before.

The next day, we decided to take the train out to Mount Lavinia, a peaceful beach suburb about a 35 minute ride away, but a world away in its tranquil atmosphere. The train ride itself was great fun, with great views through the open window of the seaside to one side and the sprawling city from the other. It was lovely just seeing life on the train and outside, while the cost of the ride – 15 Rupees (8p or 10c) was unbelievably cheap.

At Mount Lavinia, we went for a stroll up its attractive beach and then went to the stately Mount Lavinia Hotel for lunch. This historic building was once the British Governor's residence in the 19th century, and it's now a posh 5 star hotel. Considering the opulence of our surroundings, the food (another curry!) was remarkably good value.

At the end of our two day culinary odyssey around Colombo, we began to plan a longer trip to this beautiful island for next year. Think how many curries I could have then? 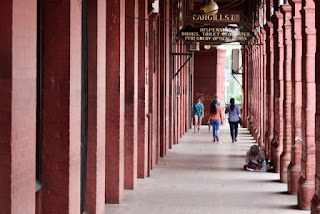 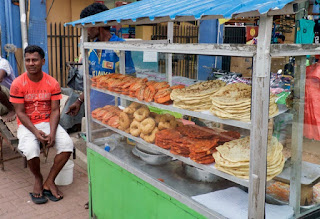 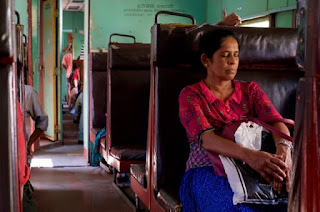 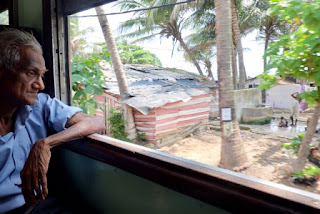 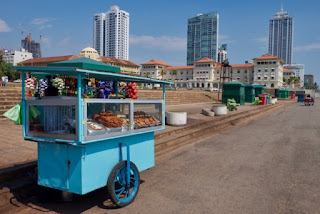