On the face of it, the sleepy Emirate of Fujairah doesn't have much going for it. It has a tiny population of less than 200,000 people (of whom, no more than 15% are actual locals); it consists mainly of barren mountains; and, most importantly, it doesn't have any oil.

Yet, in spite of this, Fujairah appears to be on the up at the moment – something shown by the huge number of building projects going on in town, and around the Emirate. And, what's driving all this, is that Estate Agent's cliché – Location, Location, Location.

Because, this is the UAE's only port on the Indian Ocean – so, rather than send its oil around the troubled Straits of Hormuz in vulnerable tankers or pipelines, Abu Dhabi has constructed a pipeline through the mountains to Fujairah, so that this obscure port now handles 70% of Abu Dhabi's oil exports – or, a whopping 1.5 million barrels a day.

When you see the size of Fujairah's huge oil terminal (row upon row of massive tanks lining the shoreline), then you can see that some of the UAE's oil money is now rubbing off on Fujairah too. And all this is fuelling Fujairah's current growth spurt – everywhere you looked, there were new office blocks going up in town, or new resort hotels being built along the coastline.

Because, Fujairah is becoming a rather unlikely holiday destination too. Not particularly for us westerners, but mainly for wealthy Arabs who enjoy its mountain scenery and its more laid-back atmosphere (I suppose that most places are laid-back when compared to the flashy pleasures of Dubai).

Having said all that, there's not a huge amount for a western tourist to do here – so, this is one of those places where you don't mind only having half a day here. We joined the "East Coast Landmarks" Tour – a tour which couldn't bring itself to be called a "Highlights" tour, in case that term breached the Trades Descriptions Act. So, we saw the few sights there are to see in Fujairah – its 17th century castle, its moderately interesting Museum, a castle in an oasis, an old mosque, and a roadside market. Not exactly what you'd call a "fun-filled" day, but it gave us a decent insight into what's going on here.

Our guide proudly told us that if we come back to Fujairah in 5 years time, it will look more attractive than Dubai. I seem to remember them saying the same thing on a tour I went on about 5 years ago! This place doesn't have the limitless resources of its Emirati cousins, but like them, it has some grand plans for the future. It will be interesting to see how it turns out. 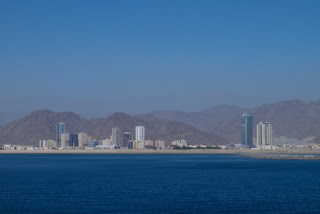 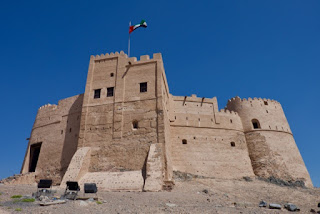 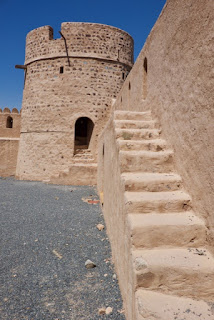 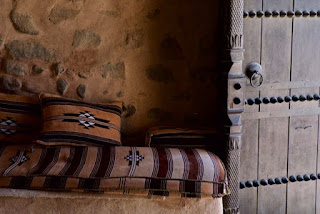 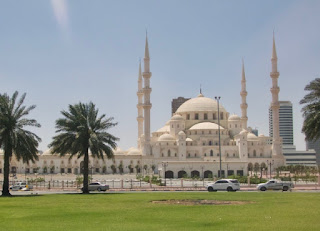 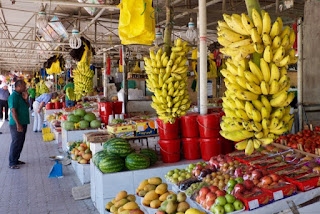 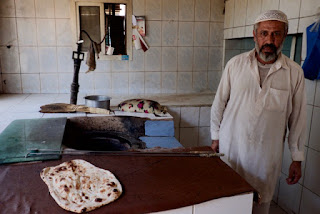 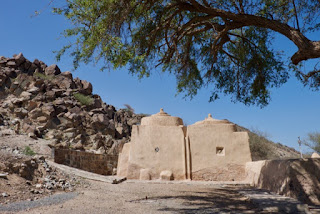 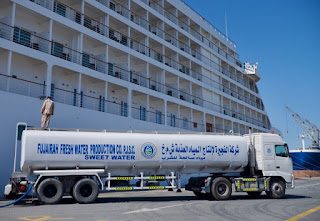