Looking at it from a distance, you'd be forgiven for thinking that Qatar's capital, Doha is just another version of high-rise Dubai or Abu Dhabi. There's obviously quite a few similarities – they're all super-modern cities that have come from virtually nothing in the last 40 years, into developing sparkling high-rise skylines. All of them are re-claiming land at a furious rate (even though they all have plenty of empty desert behind them). And all of them have been built with the big budgets of oil money.

But, what marks Doha out as different is that its budgets are way bigger - virtually limitless in fact. As the city readies itself for the 2020 Football World Cup (secured at great expense from FIFA), hundreds of billions of dollars are being lavished on a city that's growing and developing before our very eyes. Our guide told us that something in the region of $500 million are being spent a week (A WEEK!) on construction and infrastructure projects. It's unbelievable.

The array of futuristic skyscrapers in the West Bay area is hugely impressive, and there's more of an emphasis on aesthetic beauty in its array of sleek architecture – more indicative of a city with a plan, than in more haphazard Dubai. Whether many of these new skyscrapers are likely to ever be full is not a question that anyone seems to worry about – this is a classic "Build it and they will come" scenario.

For me, the most enjoyable part of town was the souk area, a refreshingly low-rise place that had the look and feel of a genuine Arab souk. Of course, in an environment where pretty much everything has been manufactured, the souk is a sparklingly clean, modern re-creation; but, the commerce going on in there was genuine. Most stalls were aimed at the local market – why would you aim too much at tourists when the locals are far richer (Qatar has the highest GDP in the world)? Of particular interest was the falcon souk and falcon hospital, where it was obvious that Qatar's immaculately-dressed population have a stronger hold on their Arab culture and traditions than in the UAE.

On an incredibly hot day, it was a welcome relief to head into the air-conditioning of Doha's Number One attraction – the new Museum of Islamic Art. The building (designed by IM Pei) is a work of art in itself, with its cubical design topped by a burka-inspired pair of "eyes" looking out at the world. Actually, to me, the architecture was more impressive than the exhibits – most of which were from Iran, Syria, Egypt and Turkey, rather than from the Arab Gulf.

Even if they don't have a lot of historical culture to draw on (apart from their Bedouin roots – hence the falcons), it's obvious that Qatar is trying desperately hard to create a meaningful cultural and architectural legacy. When money is literally no object, you wouldn't bet against them achieving something really special here in Doha. 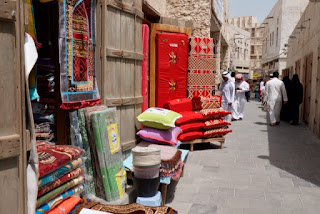 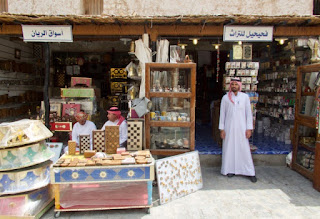 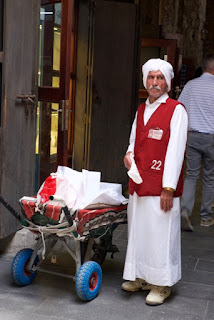 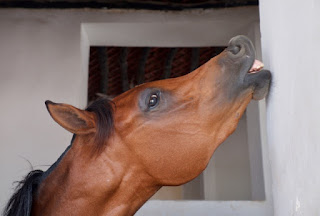 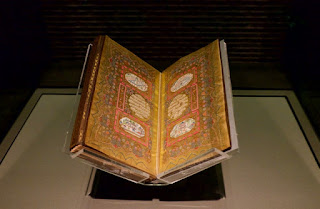 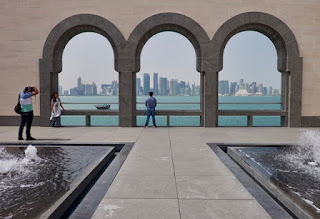