Today I saw two very different sides to the oil-rich Emirate of Abu Dhabi. In the last 15 years, this place has become all about super-modern skyscrapers, luxury hotels and conspicuous consumption. In that process, it's sometimes difficult to get a sense of any of its historic traditions or culture. So, during the day, I joined a trip to the inland oasis town of Al Ain, to see what remains of the Emirate's Arab soul.

On the way out of town, we passed a ridiculous number of building sites – artificial islands being created out of nothing, soaring tower blocks, and glass and steel constructions everywhere. Abu Dhabi's population may have doubled in the last 15 years, but it feels like it's going to have to do all that at least again if they're going to come close to filling all of them. It's a classic case of "Build it and they will come".

I was constantly asking myself what will happen when the oil runs out or if new technologies come along that make oil obsolete. Will this expensively assembled city become desert again? With oil reserves thought to last about another 90 years, the current generation of Emiratis don't appear to be worry about any of that.

Without doubt, the most impressive construction on show was the Sheikh Zayed Grand Mosque – a huge marble confection of dome after dome that appears to be trying to out-Taj Mahal the Taj Mahal. Tracy did a tour round what is for me, the most impressive piece of contemporary architecture in the world, so we've included a couple of pictures of that.

After a 2-hour drive through the desert, it was obvious that Al Ain itself has also grown rapidly, but at least it has remained reassuringly low-rise. Most of the building projects that I could see were constructing ever more mosques around the city. With locals only making up less than half a million people across the Emirate as a whole, this obsession with building more and more, ever grander mosques seems hard to fathom.

We headed to one of the old castles to visit the Al Ain National Museum, which took you through Abu Dhabi's history and culture. To be honest, there's not much history to discover here – you only had to look at the photos of Abu Dhabi City and Al Ain from the 1950s, to discover that there was pretty much zero in the way of development back then. Not a tarmacked road in sight, never mind a skyscraper.

Next we visited an oasis, before the highlight of the trip, a visit to a camel souk. Most of the camels on sale here were being sold for their meat (rather than for their racing abilities as a few were). Rather distressingly, the camels that were being loaded onto the back of trucks heading to the slaughterhouse seemed to know that the end was nigh, and one in particular was putting up a massive fight and refusing to budge. As long as you could ignore this aspect of the market, it was fascinating to see these lugubrious creatures close up.

That evening Silversea had organised a wonderful World Cruise event at the 7-star Emirates Palace Hotel. This place is so over-the-top in its luxury and opulence that it felt like a fantastical film set; but, I can't think of many better places to get a feel for what Abu Dhabi is trying to become.

We were treated to some great entertainment, so delicious food, and some great company. Yet another World Cruise bonanza! 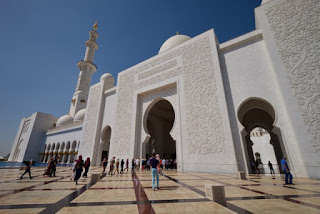 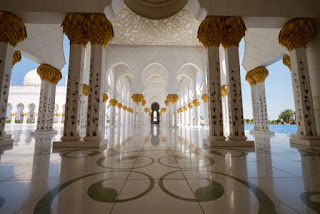 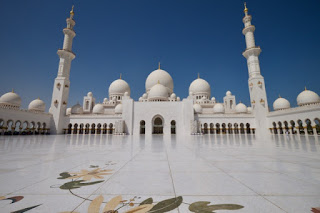 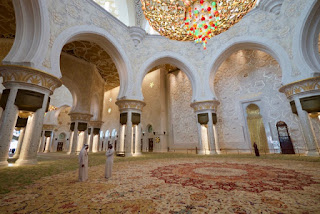 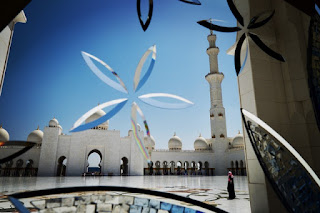 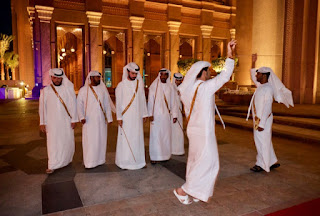 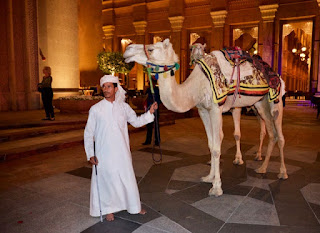 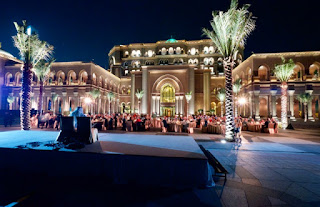