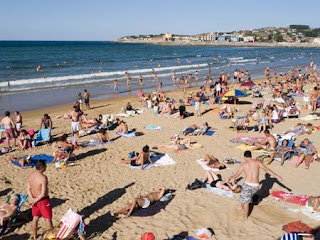 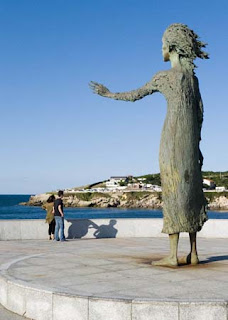 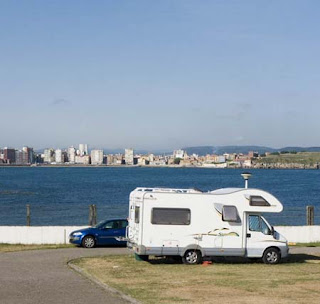 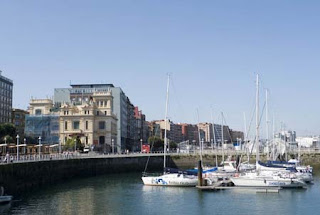 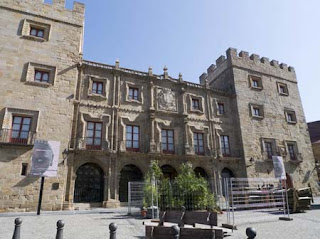 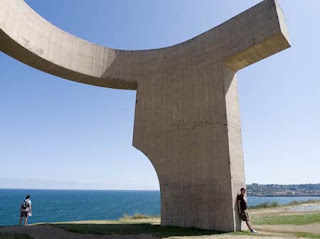 All week as we prepared to go to Gijon, we'd been mispronouncing its name - it turns out that you say it something like "he-hone", rather than goujon. Anyway, the guidebooks don't really do this city justice – because much of the city was destroyed in the Spanish Civil War, and the city is home to a huge steel works, it's normally described as industrial, a bit scruffy and working class (and not in a good way); but we found it really attractive, well organised, and even a little bit sophisticated.

Our campsite was in a beautiful location, on a cliff overlooking the wide bay and beach below us, and our pitch was in the perfect spot for a G&T sundowner watching the sun set behind the town. When we arrived, the place hadn't seemed so perfect - the campsite was like the last day of Glastonbury, as loads of lethargic youngsters took down their tents to a cacophonous backbeat of thumping dance music. Thankfully, that Sunday was the last day of the mainstream holiday season, and most people cleared off, allowing us to enjoy the views (and G&Ts) in peace.

Gijon's long sandy beach was still packed to the rafters though, and its promenade became a bit of an assault course to make your way through the crowds doing their funereally slow evening paseo. It seems that Gijon must have had a bit of a makeover, because there's lots of cycle paths and cliff top walks to do around the coastline, and while the city's architecture isn't exactly overly impressive, there were still a few historic buildings in the old town to have a look around.