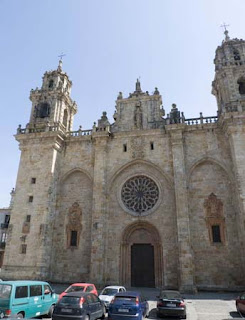 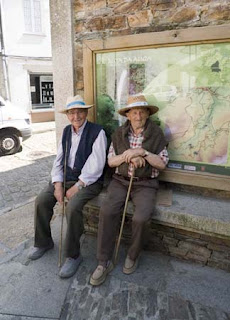 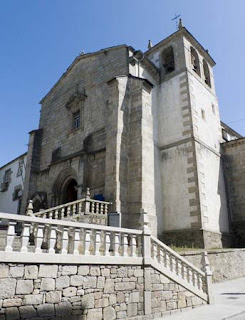 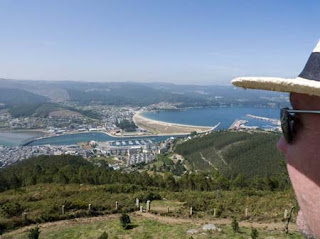 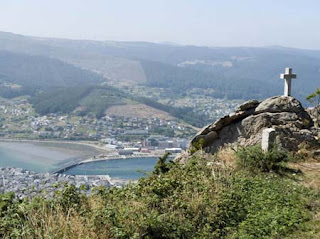 As we crossed the border from Asturias to Galicia, the coastline got wilder, the roads less busy and the countryside even greener. On the way to Viveiro, we stopped off at Mondonedo – a quiet little inland town that must have once been a big cheese in the Middle Ages, (the size of the huge Cathedral, unfortunately shut when we got there, and the Bishop's palace, showed that the town had been an important ecclesiastical centre on the pilgrim route to Santiago), but now it's pretty sleepy.

We then reached Viveiro, another attractive little port, on one of Galicia's Rias Altas, a series of estuaries on the north coast, the so-called "Costa del Muerte", the "Coast of Death" (a reference to the treacherous sea conditions for shipping rather than anything more scary to modern tourists…. we hope). The town had a mile-long beach of fine white sand (pretty much empty now that the August crowds had gone home), and an attractive medieval town, the other side of the river.

We made the happy discovery that Viveiro's busy tapas bars vie with each other for custom, by bringing round platefuls of delicious free tapas to anyone drinking there. This clever marketing strategy works a treat with penny-pinching English travellers whose eyes light up at the first mention of the word "free" – having got a seat outside in a prime people watching position, we didn't move all night (apart from when a passing pigeon pooed on my head from a great height, much to the amusement of my unsympathetic compatriots).

On our second day, we ambitiously attempted to walk up to the top of the hill behind town – it was much steeper than we thought, but the views were great and we felt virtuous that we'd walked off all the fried fish that we've been throwing down our throats the last few days. Virtuous enough in fact, to repeat the same food and drink combo that evening, all over again.