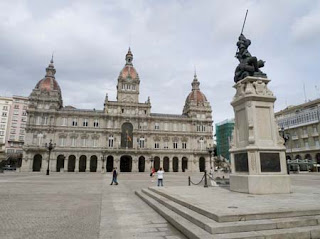 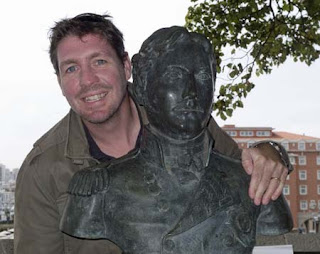 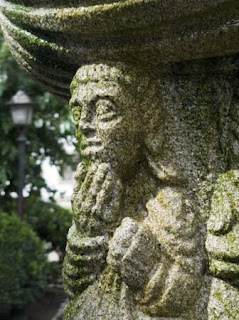 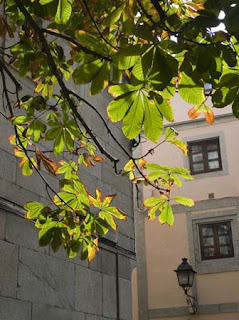 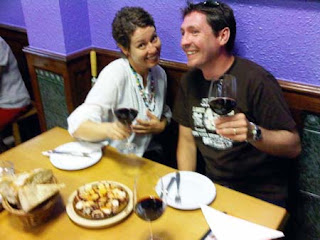 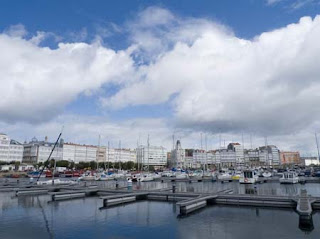 It turns out that the Rain in Spain doesn't fall Mainly on the Plain, it falls Mainly in La Coruňa (A Coruňa in Galician). So, it appeared as if summer had ended and autumn had finally caught up with us, as we had a couple of days of wet and changeable weather. This is a place where you need to go out for the day, prepared for every weather eventuality – if you wear shorts it's guaranteed to rain, and if you wear jeans, it's going to get sunny and hot. So, we went out with pac-a-macs and sunhats, umbrellas and sunscreen – all were used over the course of each day.

Whenever we've been to La Coruňa on a cruise, we've always headed inland to the magnificence of Santiago de Compostela, so it was nice to spend a little time exploring the city itself. La Coruňa's main historical claims stem from times when the English were either mortal enemies or faithful allies. This is one of the ports that the Armada set out from in 1588 on their abortive mission to invade England, and so, Sir Francis Drake returned the complement by attacking the city a year later – the attractive main square is named after a local heroine who alerted the city that the dreaded English were about to arrive.

Later, in the Peninsula War, La Coruňa was a British base in the war of liberation for the Spanish from a French invasion. We visited the well tended burial place of the mortally wounded British General Sir John Moore, in the old town. Other than that, there's not a huge amount more to the city, other than exploring the old town, admiring the "gallerias" (the impressive window-fronted multi-storey houses facing out to sea), and enjoying the bustling atmosphere.

But the best thing about La Coruňa is the excellent food – amazing seafood and fantastic pulpo gallego (Galician octopus) – so this made the basis of a lovely day catching up with our friend Lisi, from Azamara (the Azamara Journey happened to be in port on the 7th). So, we gossiped, drank plenty of wine, ate way too much, and wondered when our peripatetic paths would cross next.

Our final day was spent as Tracy perfected her final essay of the academic year – after this, it'll be revision all the way until her exam in October.