April 1st – Lanzarote in a Day 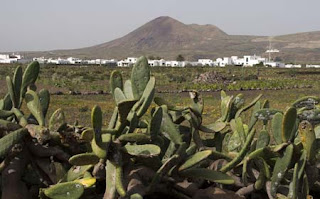 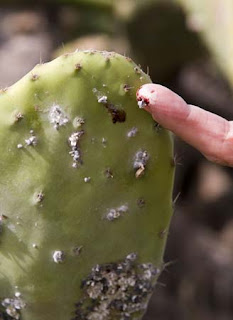 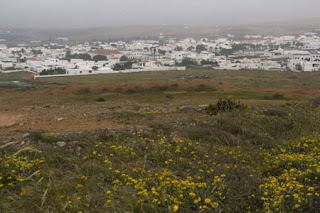 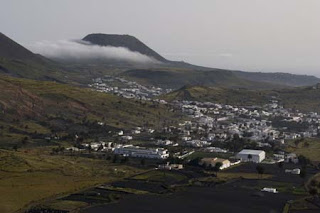 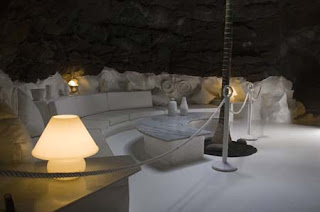 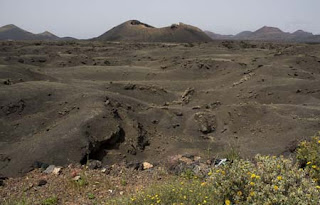 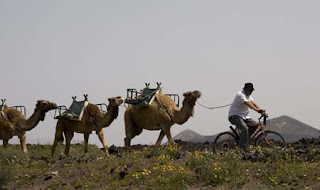 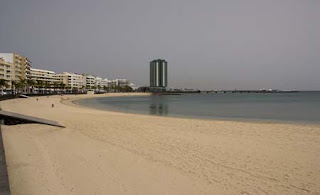 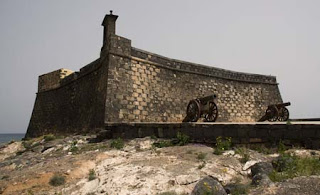 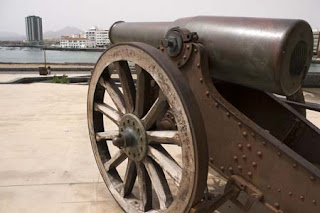 Today was a fast-paced attempt to sample all of Lanzarote's sights in just one day. This kind of tick-box tourism isn't one that I tend to go for, but seeing as we had hired a car for the day, I was determined to get our money's worth! As soon as the ship was cleared, we charged down the gangplank to the hire car office on the dockside and ran to the car to zoom off on our whistle-stop tour of this spectacular island.

Although Lanzarote was the first of the Canaries to be discovered and settled back in the 14th century, there's not a lot of human history to discover here. Instead it's for its amazing natural sights that the island's most famous – Lanzarote has some of the most breathtaking volcanic scenery anywhere in the world; it's a largely charred and distorted landscape of barren lava fields, looming volcanic cones and jagged mountains.

From Arrecife, we sped off first to the island's original capital, the sleepy town of Teguise which at 8.30am on a foggy morning was like a Wild West ghost town. After a quick walk around Teguise's empty historic streets, we headed to the bleak volcanic badlands of the north of the island. This part of the island was devastated by a huge eruption about 5,000 years ago, so the terrain is just beginning to recover in parts, so we came across the odd vineyard or cactus plantation in amongst the moonscapes.

With all these unwelcoming landscapes, Lanzarote would probably be a little-visited island if it weren't for the efforts of one man – Cesar Manrique – who almost single-handedly turned Lanzarote into a tourist destination, with the addition of an amazing array of tourist attractions and artistic installations. From the 1960s, Manrique dedicated himself to creating unique attractions for the island, and to ensuring that Lanzarote is a low-rise environment that's in harmony with nature.

Probably his most impressive addition to the island is the Taro de Tariche, a wonderful 60s house built right into the volcanic landscape – the downstairs rooms have been created from five natural bubbles within the lava field. Tracy goes around the world saying, "I could live there" – well, today she found the actual house that she wants to live in; although, even if it were available, I think it might be just a little out of our league. The whole place is a wonderfully pared down and minimalist view on modern living, all white spaces and large windows; and it's then filled with some of his strikingly simple modern art.

After this combination of ideal home and museum, it was time to see some more of the amazing landscapes that Lanzarote's famous for. So we headed to the other-worldly environment of the west of the island which was covered in molten lava in a huge eruption in 1730. While incredibly spectacular, the whole place looks like possibly the most inhospitable environment I've ever been in – huge fields of black jagged lava stretching for miles, without a hint of green, that make you feel like you've entered another planet entirely.

It was now time to head back home, so we did a quick tour of Arrecife, before we got back to the ship with just minutes to spare before she set sail. A wonderful island that's the opposite of the sun and fun destination that people tend to imagine when they think of the Canaries; and I think we managed to use every single available minute to enjoy it. Another great day.