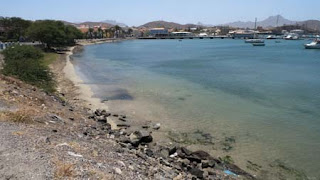 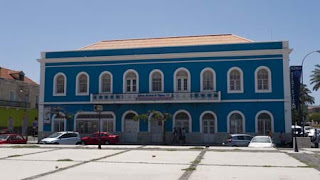 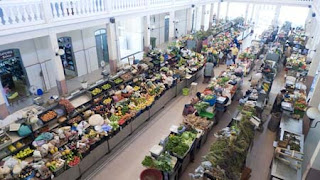 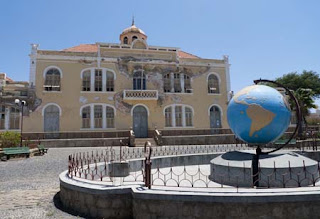 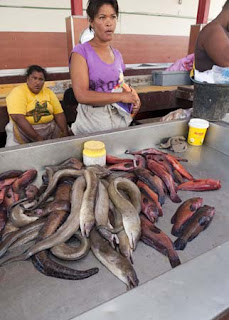 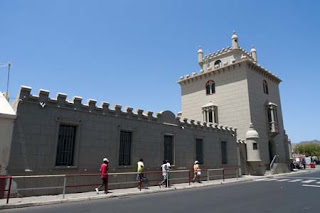 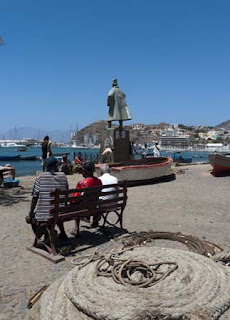 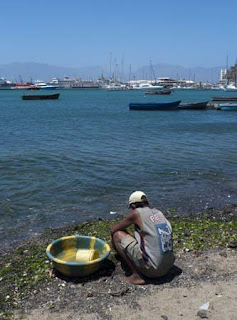 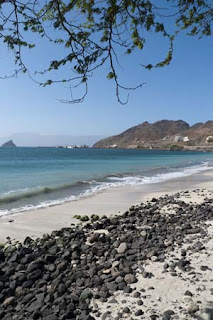 Today we had half a day in Mindelo, the largest town of São Vicente on the Cape Verde Islands.
As we were arriving at 12pm on a Saturday and everything shuts at 2pm, we rushed off the ship and walked around the harbour into town. Before everything shut down, we zoomed over to the market – the contrast with São Tome's chaotic market was massive. This was clean, cheerful and well ordered; although we couldn't help but notice how small much of the produce was – the thin soils of these volcanic islands are notoriously unproductive, a factor that has caused many famines in the islands' past.

We visited the much more lively fish market, where the fish traders loudly shouted out their orders, and the workers sliced open and expertly gutted the fish with their big knives. With all the shouting and the presence of a couple of mentally disturbed people shouting out random incomprehensible yells, this gave the place a bit more of the chaotic atmosphere of Africa.

But really, the city had a much more First World atmosphere than Praia yesterday – the buildings were in a better state of repair and everything seemed more organised. There were even some very upmarket bars and restaurants that cater to Western tourists, and an estate agents advertising posh holiday homes.

Many of the buildings were painted in bright pastel shades, and combined with the blue seas and the laid-back attitudes of the people, it reminded me a lot of the Caribbean– however, this wasn't a place particularly set up to make money from a boat load of tourists, because by 2pm, it felt like the whole town had gone to sleep.

So, we set up residence in the shade of a veranda of a bar in the city centre, had a couple of beers and watched the action – not a huge amount to see, other than to say hello to various cruise passengers walking past. Tracy inadvertently ordered a bottle of one of the strongest beers she's ever had (9%), (maybe she was attracted by its brand, "Ego"), so the rest of the afternoon was very chilled.

Before returning to the ship, we called in at the pretty city beach on the other side of the port, where all the beautiful people of Mindelo seemed to be gathered, to make me feel out of shape and overweight. Muscle men strode up and down, pausing their posing only to do a few nonchalant pull ups, while incredibly agile and toned Caporeira experts practiced their moves and did amazing routines of flick-flacks, slow-motion handstands and huge leaps, in a very entertaining free exhibition.