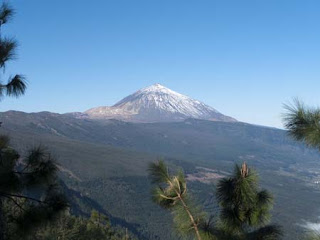 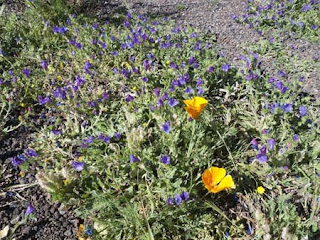 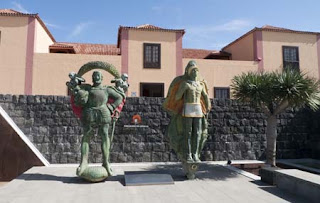 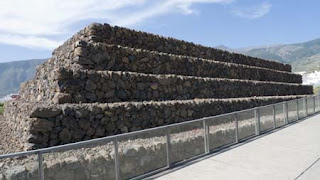 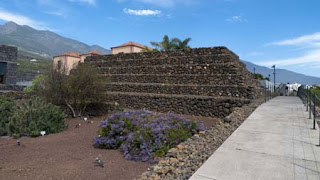 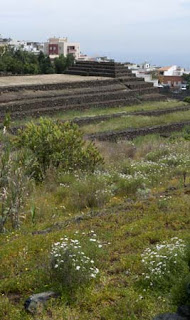 Today I took a tour which went up into the unspoilt landscapes of Tenerife's mountains, and we explored the beautiful Experanza Forest. As we climbed the hairpin bends of the mountain road, we got into a dense forest of Canarian pines. These delicate-looking trees are actually incredibly hardy – they are perfectly adapted to live in the low-rainfall environment of the mountains, their fine needles taking the moisture out of the clouds that frequently engulf the mountains.

We climbed above the cloud level, and stopped for a spectacular panoramic viewpoint; looking over the clouds to Gran Canaria in the distance, and with the snow-capped Mount Teide looming above us. Most of the passengers were genuinely taken aback at how fantastically beautiful it all was – this is a side of the Canaries that people don't tend to associate with the islands.

After this, we came back down the mountains, passing slopes filled with blooming wild flowers, and went to Guimar to visit its mysterious "pyramids". Whether these are actually pyramids, what their purpose was, who built them, and when they were built, is all up for considerable debate. The University of La Laguna has decided that the stone structures are some form of agricultural structure built by Canarian farmers in the 19th century; however, Thor Heyerdahl and the people behind the museum certainly feel that they are almost certainly pyramids built for sun worship well over a thousand years ago by the Guanches, the indigenous people of the island who were wiped out by the Spanish Conquistadors in the 16th century.

Heyerdahl was fairly convinced that the people on Tenerife must have had some form of contact with the pyramid builders of Mexico, Peru or Egypt – his expeditions on the Ra craft that he built in the 1980s were an attempt to prove that sea transport using the technology and materials available at the time, would have made these links possible.

It was a really interesting museum, but there was no hard evidence to back up his claims, which were more just a question of raising possibilities than providing any actual proof, and I was left with the impression that they were probably some crude kind of step structure, probably built by the Guanches whose purpose we'll never really know.

Anyway, after all this conjecture, one thing was sure – Tracy needed to have her birthday lunch, and it'd better be good! So, after returning to the ship, we went into Santa Cruz to a tried and tested local restaurant serving huge portions of Canarian specialities. It was excellent, and the abortive attempts at lunch of the past couple of days were finally forgotten about (until our next argument!).