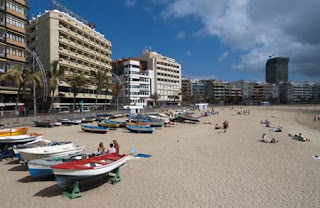 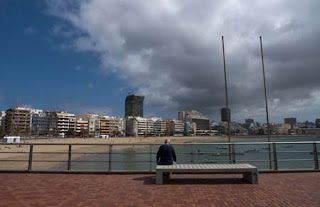 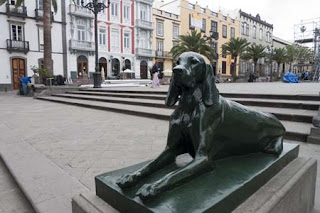 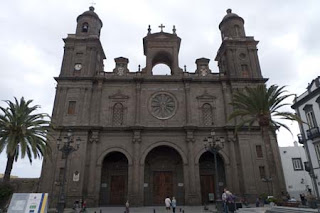 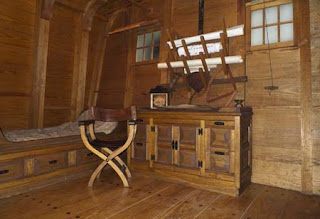 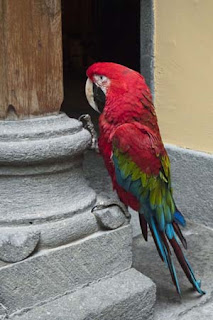 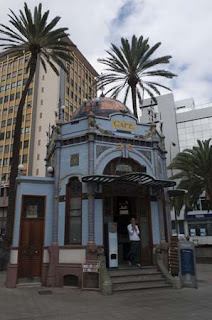 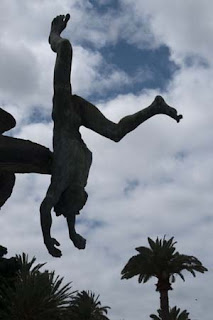 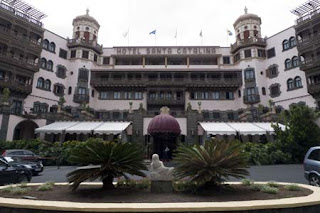 It feels so nice to be back in Europe – no haggling for everything you want to buy, no worrying about your security when you're sitting around, and you don't feel the need to instinctively disbelieve every word anyone says to you! Obviously, the Canary Islands aren't geographically in Europe as they sit in the Atlantic about 100 miles off the coast of Morocco, but they couldn't feel any more European in atmosphere.

We had a good day exploring Gran Canaria's cosmopolitan capital, Las Palmas – the largest city in the Canaries. This is a city with quite a few different characteristics - as the city spreads down the coast, it feels like you're entering different towns - the Santa Carolina area near the port, is like a fairly typical busy Spanish provincial town; the long sandy Las Canteras beach has the relaxed atmosphere of a beach resort; the Ciudad Jardin district is an upper class residential district neighbourhood; Triana is a busy shopping and restaurant area; and then, La Vegueta is a really well-preserved colonial town.

To try to see everything in one day, we caught the bus down to La Vegueta and walked back from there. La Vegueta was founded in the 15th century by the early Spanish colonists, and its architecture has a really South American feel to it. We visited the huge Cathedral that dominates the skyline, and then visited the Casa Colon – a grand house that Columbus supposedly stopped off at on his way over to discovering America in 1492.

We then began our long walk back to the port, passing through the contrasting districts of the town. As it was a little early to have lunch, we stupidly rejected the opportunity to eat in the busy bars and cafes of Triana, and by the time we were truly hungry, we appeared to have entered a food-free zone – so, again Tracy's birthday lunch was less than ideal.

As we exhaustedly made our way up the city and ended up on the lovely beach promenade, it became obvious where we should have headed for food – it was lined with restaurants selling delicious-smelling fried seafood. Next time!