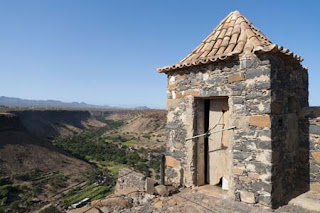 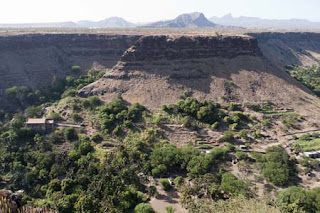 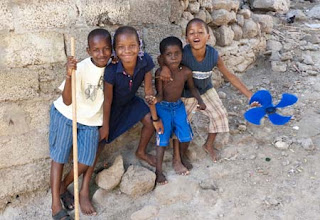 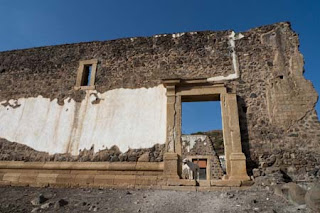 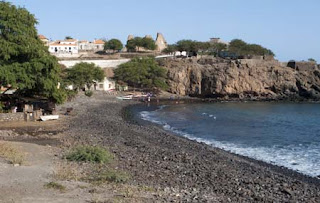 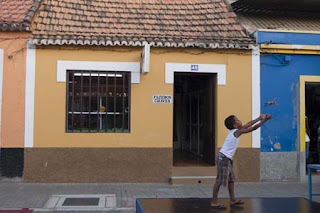 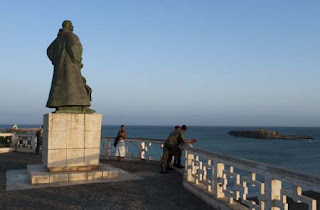 After the chaos and poverty of Dakar and Sao Tome, the general cleanliness and order of the Cape Verde Islands, 300 miles off the coast of Senegal, felt positively First World.

The Cape Verde Islands were first settled by the Portuguese in the 15th century, and then slaves were brought over from Africa to do all the hard work. As a result, the island is a fascinating fusion of Europe and Africa, with a vibrant creole culture where people of all shades of skin mix together happily – much more European and organised in atmosphere than Sao Tome, but still distinctly African.

We were docked in the capital of the islands, Praia on the island of Santiago, and so we got the Shuttle Bus up to the Plato area, where the majority of the historic buildings were. Praia took over as capital in the 18th century, from the now-ruined city of Cidade Velha, about 11 miles away around the coast. So, we caught a taxi there – the taxi driver wouldn't put it on the meter, so we settled on a price of €10 – probably over the odds, but I met lots of people who paid more, so I didn't feel too bad about it.

Back in the 16th century, Cidade Velha was one of the boom towns of the Portuguese Empire, and a major centre of the slave trade, as slaves were shipped here from Africa to be sold off to the highest bidder. Unfortunately for the city, it was very vulnerable to attacks from pirates (including Sir Francis Drake amongst others), so it was eventually destroyed one too many times and abandoned.

We got the taxi to drop us off at the enormous Portuguese fort above town – its size a testament to how highly the Portuguese valued the city, but it couldn't provide adequate protection for Cidade Velha. Having explored the fort, we walked down the steep and treacherous path in town, past a few shacks where the children demanded that we take their photos. At the bottom of the hill, were the sad remains of a massive ruined cathedral, destroyed by the Dutch in a 17th century raid, and also the town's pillory, where the Portuguese slavers held their weekly slave auction. In such a peaceful and idyllic seaside setting, it was difficult to grasp the terror that those slaves must have felt in what was to be their last stay in Africa before they were transported to the Americas.

After a bit more wandering around along the beachfront, we decided to be brave and caught the bus/shared taxi, back to Praia. It was scarcely any slower than our first taxi, and at 50p each, it was a lot cheaper.

As the sun set, we wandered around Praia's vaguely dilapidated but laid-back streets, and enjoyed the atmosphere of a lovely island that's an unthreatening mix of Third World and First World.