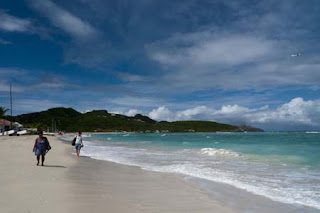 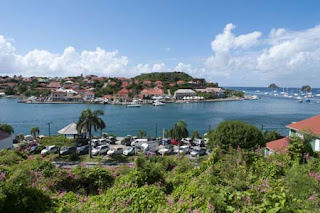 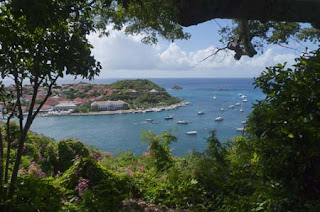 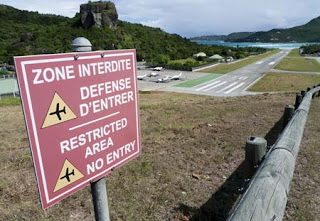 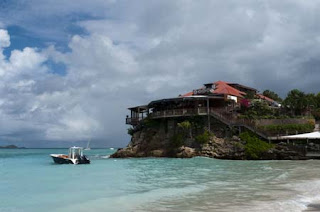 As St Barts is one of the most expensive and exclusive islands in the Caribbean, I get a strange pleasure out of experiencing its delights on as low budget as possible.

After a snorkelling tour in the morning, Tracy and I decided that we would walk over to St Barts' most exclusive beach area, to St Jean. This is a walk that almost no-one attempts, because firstly you have to climb up the very steep hill behind town, and secondly because there's no pavement on these winding roads that can get quite clogged with traffic.

So, we armed ourselves with plenty of water and a baguette from the boulangerie, and we began our ascent. Actually, even though it was extremely hot and sweaty, the walk wasn't too bad (in spite of the person from the tourist office almost insisting that we didn't do it). We made our way over to St Barts' tiny airport, where the private jets and propeller planes have to climb above a hill and then make a rapid descent to the short runway, stopping abruptly before they disappear into the sea. And, at the end of the runway, is one of the most expensive beaches in the Caribbean – St Jean beach.

Although a sunbed may set you back €30, and a bottle of Perrier €10, you can still lay out your towel on the powdery white sand and enjoy the same idyllic views of milky turquoise seas for free. So, we had a swim and imagined ourselves to be millionaires, as we tucked into our €1 baguette.

Of course, at the end of their time at the beach, the millionaires would have been able to shower off before getting into their air-conditioned limo, rather than trudging up the hill again, covered in sand – but, for me, the best things in life are often free.