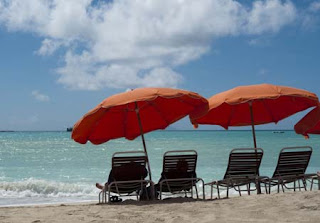 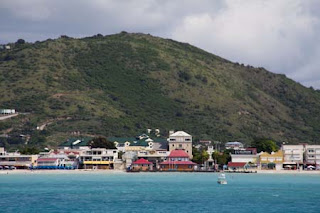 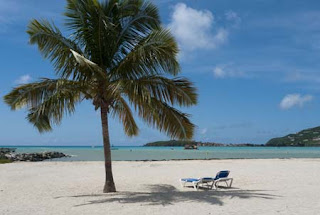 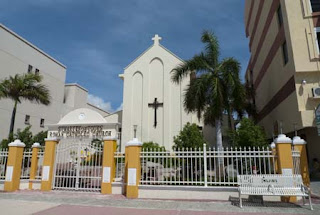 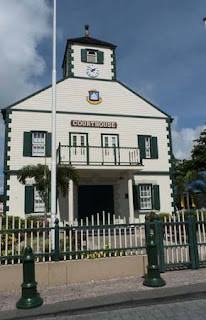 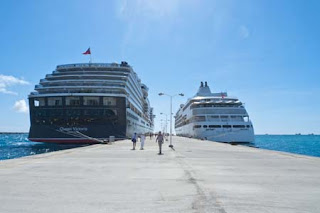 Thankfully, we've been sailing southeast while Hurricane Sandy has been heading northwest, so other than a bit of a swell, we have avoided Sandy's worst affects. However, by the time we got to St Barts where we would be at anchor, the swell was too rocky to allow us to tender there, so the Captain made the sensible decision to take us to St Maarten (just 15 miles away), where we could dock safely.

So, the Captain made the announcement of our changed plans at 8.00am, and at 8.01am I got a phone call asking if I could give a last minute lecture on St Maarten at 9.00am. Unfortunately, I'd decided that today would be my morning for a lie-in, so there was a frantic bit of running around, and with the sleep still in my eyes and the pillow creases still on my face, I found myself giving the lecture. Fortunately, all went well.

So, what to do in St Maarten? We've already explored the island before, so since the place delights in the nickname of "The Shopping Center of the Caribbean", we gave ourselves a mission to find some bargains. It was phenomenally hot and humid, so by the time that we'd walked from the pier into town, we were already covered in sweat and craving air-conditioning.

The sea was a little too rough for swimming, so we had a cold drink at a beach bar which at least had some sea breezes to keep the heat at bay, and then we went for some duty free retail therapy. Most of the stuff was fairly rubbish or of dubious origin, but we did find a few designer shops offering a couple of bargains that were too good to resist.