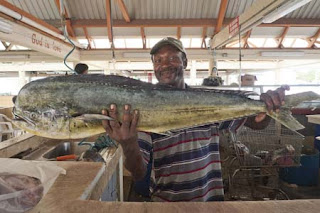 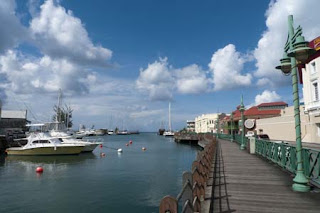 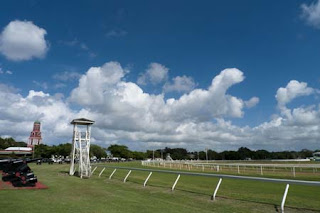 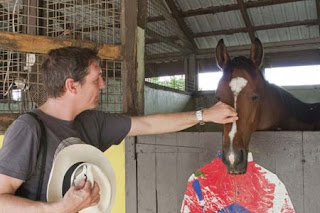 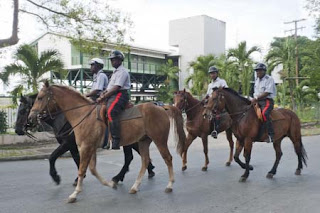 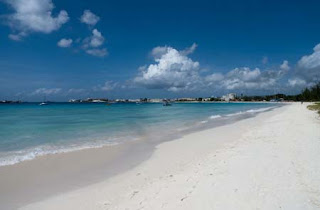 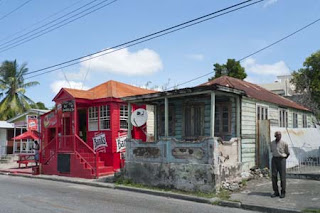 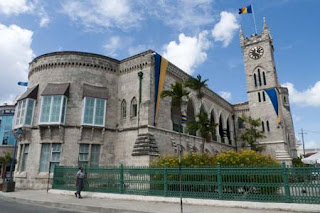 On an absolutely sweltering day in Bridgetown, it might not have been the most sensible decision to walk into town from the port and out the other side again to visit Garrison Savannah, home to the old British military garrison in colonial days – but, it was worth it.

When you look at the array of impressive Georgian and Victorian buildings there, it doesn't take you long to realise that Barbados was once one of the most important colonies in the British Empire – mainly down to the hugely lucrative sugar that the island produced. The garrison is arranged around the Barbados Turf Club, so we walked around the racecourse, and one of the super-friendly groundsmen insisted that we go in and look at the racehorses in the paddock next to the racecourse. They looked wonderfully cared for, but we couldn't help feeling sorry for the poor horses having to race in a place as hot and sweaty as this.

While we were there, we visited the excellent Barbados Museum, housed in the old prison of the barracks – it was distinctly low-tech, but it gave a really interesting overview of the history of the island, and its transition from a slave-based colony to independent country.

So, another cruise has ended and a new one is starting – we head off to the Dutch Antilles for a week.