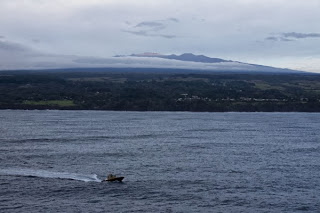 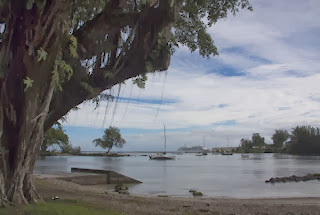 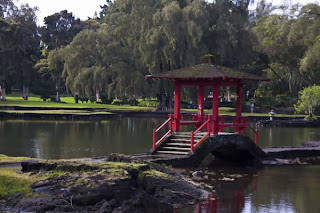 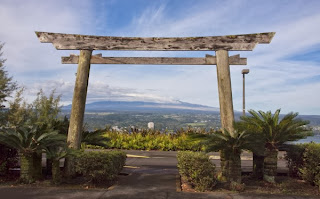 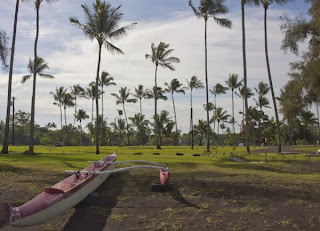 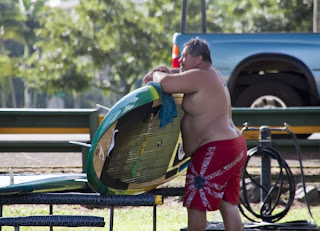 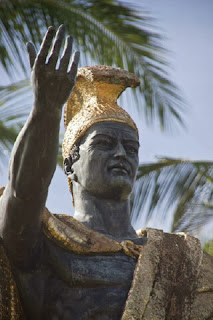 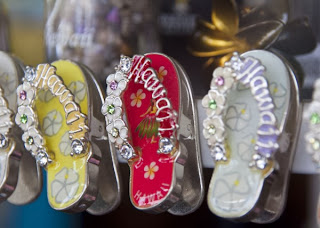 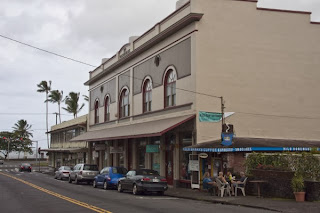 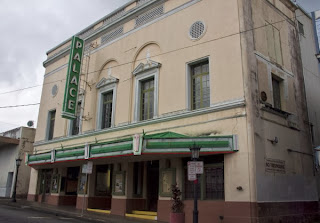 After 5 days of relatively smooth seas from LA to Hawaii, we finally arrived at the port of Hilo on Hawaii's Big Island. Any land was going to be a welcome sight, but the views of the 13,000 feet high Mount Mauna Kea, with its observatories at the summit picked out by the morning sun, were fairly spectacular. While, the spouts in the water from a whale and a couple of dolphins cavorting in the waters as we approached the harbour, were a nice welcome to Hawaii.

During the night, there had been a massive thunderstorm (enough to wake me from my still jet-lagged sleep), and once we had docked we got the bad news that our Volcanic Crater Hike Tour had been cancelled due to the bad weather. Seeing as Hilo is officially "The Rainiest City in the USA", you expect to have some bad weather when you get here, but it was a shame that we couldn't get to experience the Big Island's greatest attraction – its fabulous volcanic scenery.

Instead, we walked around the harbour from the port into town – a pleasant 3 mile walk along the coast, past black sand beaches and through tropical parks that had been planted in the place of suburbs that had been wiped out in two devastating tsunamis in 1946 and 1960. The parks were laid out with typically Japanese pagodas, ponds and bridges, that reminded us that most of the town's population were of Asian descent – descended from Japanese or Chinese immigrants who arrived to work on the sugar plantations in the 19th century.

In fact, other than a statue of King Kamehameha the Great (the King who united Hawaii in the 1790s), there isn't a particularly strong Polynesian feel to the town, which has a cosmopolitan population and a fairly mainstream American feel. Considering that Hilo is the state's second largest town (after Honolulu, which is a world away in its modern urban atmosphere), this felt like a country town from a by-gone age.

There were plenty of buildings from the early 19th century – built during the town's sugar boom – but the fact that many of the old shops were empty, was a reminder that Hilo has hit the doldrums since the sugar industry died out in the 1990s. In fact, on a quiet Sunday morning, the town had a fairly sleepy atmosphere, although the people were friendly and there was a civilised atmosphere out on those relaxed streets.

We had a fun time exploring the farmers market and Hilo's historic architectural heritage. It was amazing how many churches of different denominations there were – a sign that the Christian Missionaries who arrived in the 1820s had done a pretty thorough job.

This was a low-key, but charming town to explore – a place where we cursed the weather for cancelling our tour, but thanked it for not raining while we explored town (considering it rains 278 days a year here, a day without rain is a rarity).

A very chilled-out start to the World Cruise.