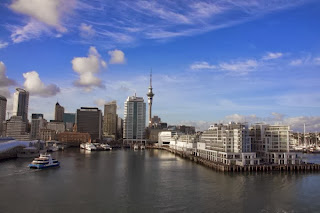 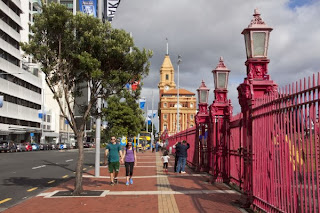 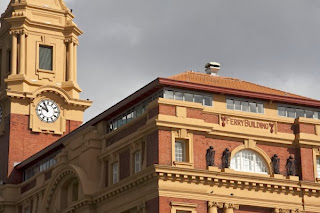 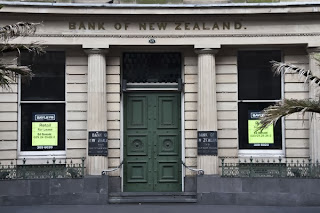 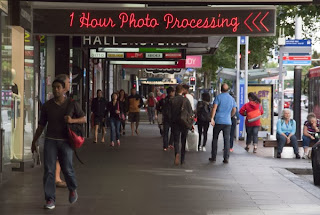 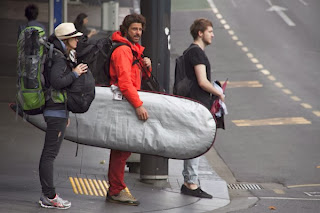 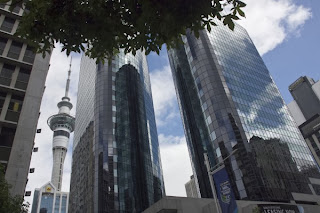 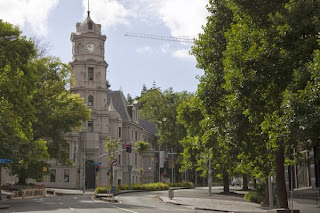 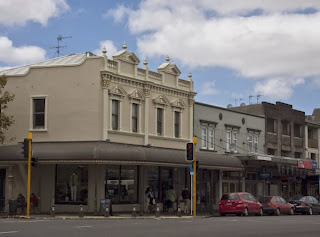 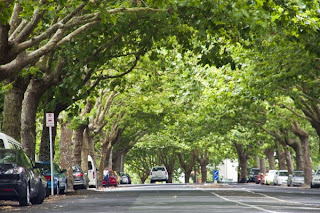 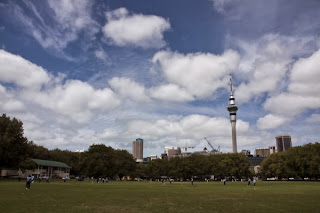 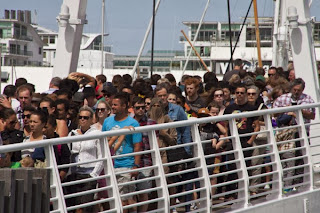 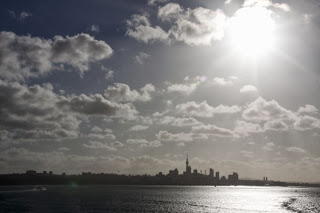 As ever, the sail-in to Auckland's sparkling harbour was a feast for the eyes – it's skyline of skyscrapers picked out by the early morning sun, while the grassy cones of the harbour's extinct volcanoes give this spectacular urban environment a unique twist.

Today was a bank holiday in Auckland because it was the Auckland Day celebrations, which meant that its shopping streets were pretty quiet, but its harbourfront was jam-packed full of revellers taking part in the many activities that had been put on – a music festival, a seafood festival, a busking festival, a yachting regatta, and dragon boat races. I've never seen the waterfront look so good.

The day started off pretty quiet though, so we decided to walk to Ponsonby, one of Auckland's more trendy suburbs. We walked through the quiet downtown, passing the iconic sky tower where people were doing bowel evacuating bungee jumps off the top, right over our heads – Tracy kept trying to tempt me to do one, but the potential shame of paying all that money and bottling out at the last minute prevented me from humiliating myself.

We trekked our way up to Ponsonby, which had a shabby chic kind of vibe – full of Victorian houses that are full of character, either slightly falling apart and occupied by students, or done up and occupied by smart Law Firms. There were plenty of cafes and restaurants in town, so we chose one with the best wifi, and settled in for lunch and some much needed internet time (after 9 days at sea only broken up by the less-than-technologically-advanced stops of American Samoa and Tonga.

After lunch, we made our way back down to the harbour again to soak up the lively atmosphere – there's no doubting that its waterfront is Auckland's best feature.