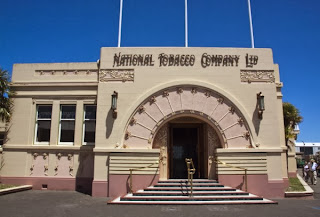 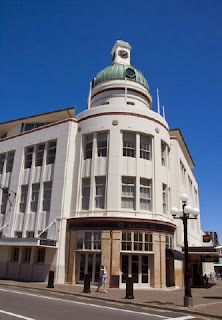 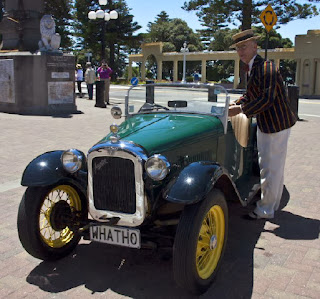 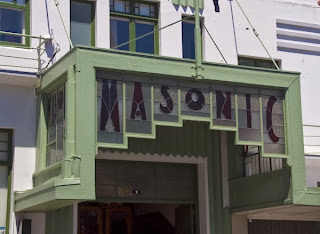 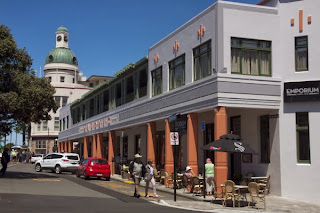 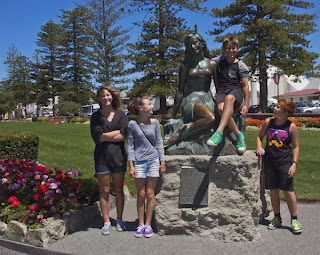 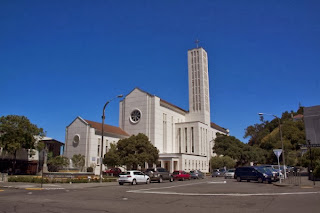 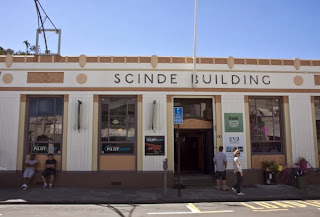 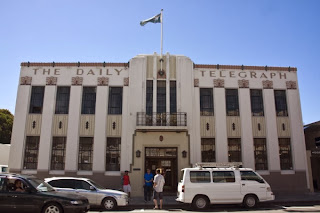 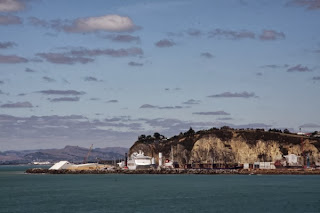 The beautiful city of Napier in Hawke's Bay has one of the most distinctive city centres in the Southern Hemisphere – all the result of a frantic re-building programme that took off in the 1930s, after the town was pretty much destroyed by a massive earthquake in 1931. That earthquake gave the town planners and architects a clean slate to go with the latest trend in architecture – fabulous art deco.

In the 1930s, art deco represented everything that was exciting about the technological age – so, as we walked around the city centre, we saw lots of use of chrome, neon, and concrete to create these deco delights. The great thing about art deco architecture was that it was cheap to construct – obviously important for a cash-strapped city attempting to rebuild itself during the Great Depression – the use of poured concrete was cost effective and quick to construct.

On a half day call, we didn't have long to explore, but Napier's concentrated building boom and wonderful architectural harmony made it easy to tick off the main highlights within the space of a few city blocks. Fortunately we had some local experts to take us around – Napierites who we'd become great friends with in London almost two decades ago (how old does that make us feel?). So, we admired the sleek lines of the art deco architecture as we caught up on what's been going on in each other's lives.

Our friend Stu told us that when he was growing up in Napier in the 1980s, it was actually quite a rough place where people scarcely recognised that they were sitting on an architectural gold mine. The contrast couldn't have been greater from the Napier of 2014 – a bright, fun city that was scrupulously maintained. On a sunny day, Napier was looking fantastic.

They took us to Ahuriri for lunch, where we stopped in to look at probably the most impressive example of Napier deco – the National Tobacco Company Building, which had a superbly slick curved doorway and all the detailed decorative elements that makes this style so distinctive. After a lovely lunch, we drove up Bluff Hill to look over the port, and then raced around that beautiful city centre, ticking off art deco classics at every turn.

As ever with cruising, we didn't have enough time to fit everything in, but Napier was looking wonderful.