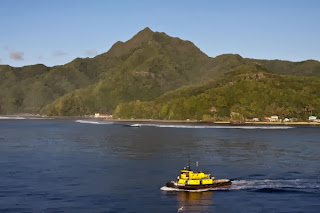 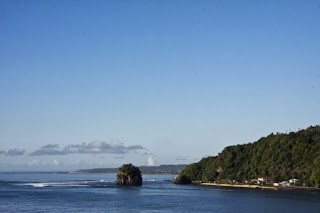 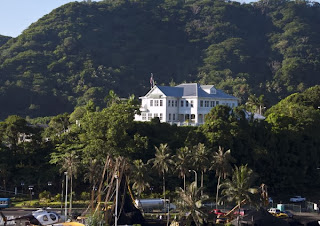 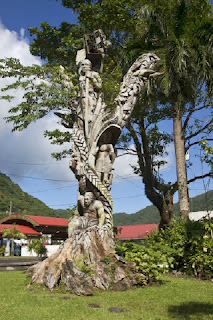 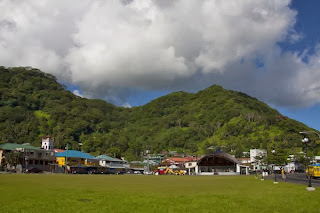 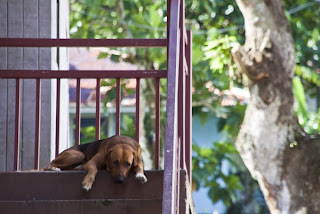 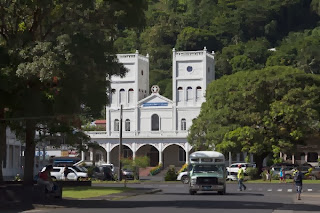 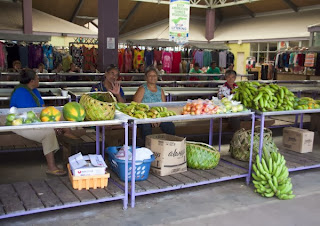 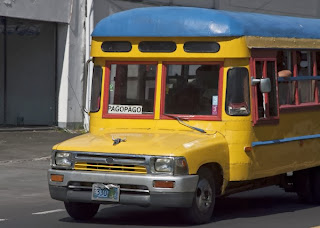 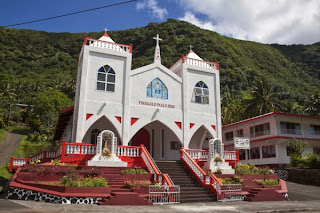 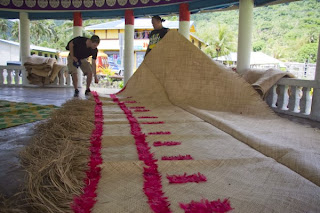 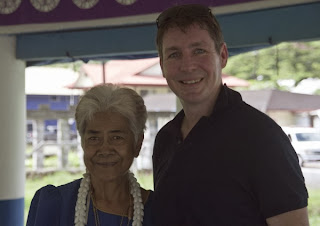 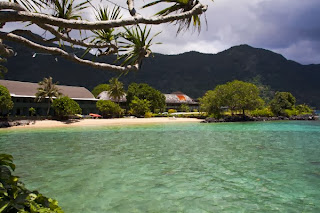 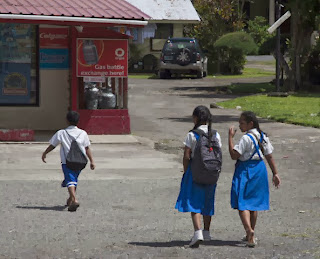 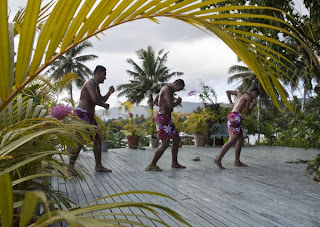 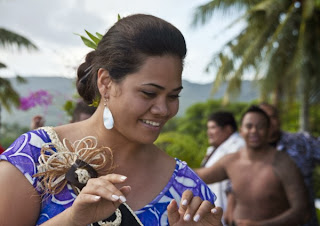 There's a number of reasons why American Samoa is not on the mainstream tourist routes – the few international flights arrive from only Hawaii, nor does it have many hotels and resorts, but the biggest factor keeping away visitors is the weather – it receives some of the highest levels of rainfall in the Pacific. In fact, according to some studies, our port of call, Pago Pago (pronounced Pango Pango), is the harbour with the heaviest rainfall in the world – 5,000mm a year (over 16 feet of rain)!

So, to arrive on this equatorial island in the middle of the rainy season, and not to experience any rain was pretty special. It was ferociously hot and sappingly humid, but the good weather allowed us to experience this laid-back island at its absolute best. We stepped out of the air-conditioned luxury of the Silver Whisper into a wall of heat, and began to explore the Territory's tiny capital.

Everywhere we went, we were greeted by cheery hellos from the friendly locals, including the beautiful Miss American Samoa who was elegantly statuesque, but half the size of many of the enormous locals. These gigantic people have huge shoulders and are very tall, although, sadly obesity is clearly a major problem here – in fact, a recent World Health Organisation report stated that this was officially the fattest land on the planet, with a scarily high 94% obesity level.

To escape the furnace-like heat, we stepped into the air-conditioned Parliament building, the Fono, where they were happy to wander into the debating chambers and have a general nose around. The island may be a Non-Incorporated Territory of the United States (which, as US Nationals, gives the American Samoans full rights to live and work in the mainland US), but we soon saw that traditional Samoan culture was alive and well here. Of course, there was a McDonalds in town to fuel the prodigious eating habits of the locals, but there were so many churches all around the island to cater for the deeply religious population.

We sweated our way around Pago Pago's beautiful harbour, surrounded by a ring of steep green cliffs that told us that this was once a volcanic crater before one of the sides collapsed and the sea flooded in. We were lucky enough to bump into the High Chieftess of the town, who told us a little bit about the local culture, and we popped into a couple of the museums (as much for the air-con as for the educational value).

In the afternoon, we went on a cultural tour to explore a bit more of this beautifully lush green island, and to see a dance performance. We clambered onto an "island bus" – a ramshackle, open-sided vehicle that bounced its way along the roads through the countryside, passing villagers constantly waving their hellos. Our destination was a lovely house overlooking the crashing surf – on a day like today, American Samoa was looking like a fairly idyllic place to live, although when a rain storm sets in, it would clearly be a totally different prospect.

The dance performance was good fun – the women were typically graceful and elegant, while the men jigged away enthusiastically with massive smiles on their faces – not anywhere near as fierce as the New Zealand Maori.

At the end of the day, all the passengers I spoke to were pleasantly surprised by American Samoa – there's been a concerted campaign to clear up the litter, it was too hot for the packs of wild dogs to be a nuisance, the wind was blowing in the right direction to take away the fishy smell of its tuna canneries, and the much expected rain never materialised. Instead, we all fell in love with the wonderfully friendly people, while the island's gorgeous scenery looked as spectacular as it could be.

American Samoa at its best!