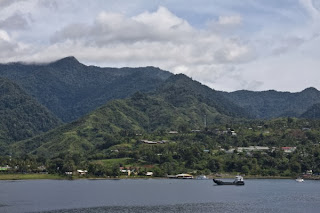 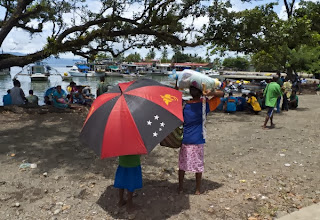 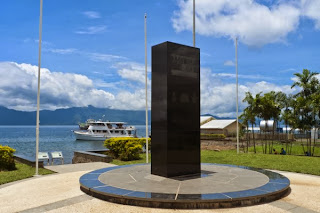 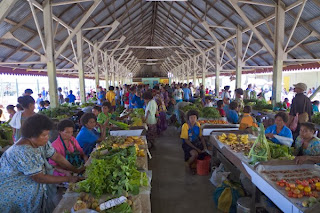 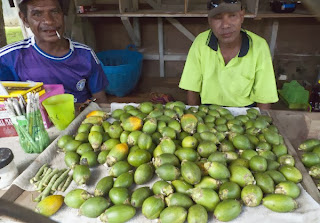 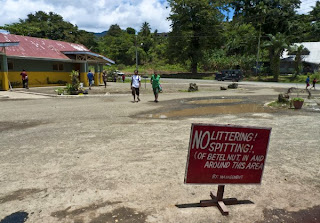 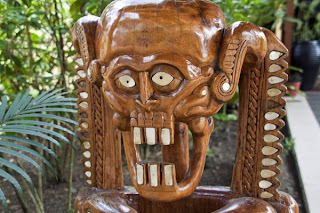 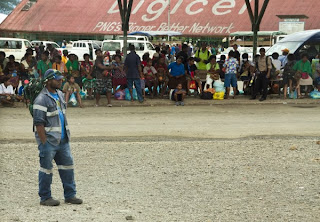 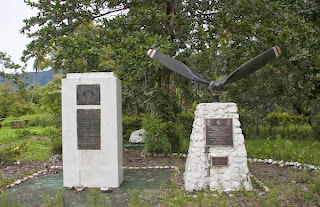 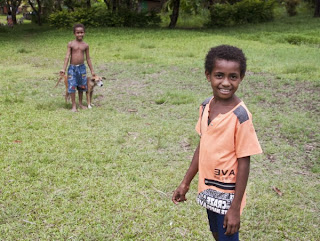 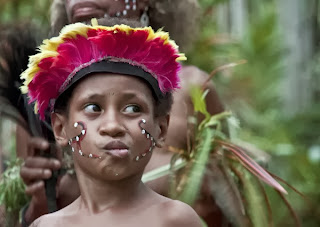 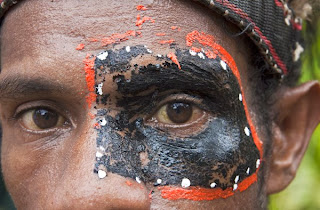 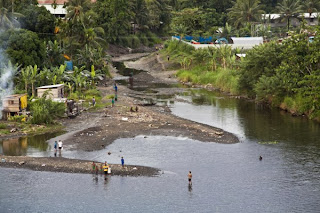 Papua New Guinea is a strange country – it suffers from some of the worst crime problems in the world, yet, its people are some of the friendliest you can possibly meet; and nowhere more so than in the remote town of Alotau, in the country's far southeast. Alotau's blessing is that, because there are no roads to link it with the rest of the country, it's insulated from the crime and violence that have seized much of the rest of PNG.

So, as soon as we had departed the cool of the ship and entered into the furnace-like heat of the town, we were constantly being greeted by warm hellos from virtually everyone we met. The fact that at least 50% of the people you see on the street were walking barefoot, shows you that people don't have much here; but, there's no sign of hunger and there wasn't a beggar in sight. There were a lot of people walking on the street or sheltering in the shade of the trees, but there wasn't a threatening atmosphere in the slightest. In fact, there was a refreshing innocence about the people we met, everyone smiled readily, no-one was in a hurry, while people shopped everyday in the busy market, because many of them lived in houses without electricity never mind refrigerators.

To be honest, there aren't many sights as such in town – the market, the beautiful waterfront, and a dusty high street were the pick of it, but it was nice just to soak up the atmosphere of an unspoilt PNG town in a safe environment. There were a few relics and memorials to see from Alotau's one claim to historical fame – when it witnessed the momentous Battle of Milne Bay in 1942 – this was the first time that the Japanese Imperial forces were ever defeated in a land battle in the Pacific War. The heroic defence by the Australian army finally pierced the invincible aura of the Japanese, and was a major turning point in the course of the war. Who'd have thought that a place as peaceful and remote as this, could have played such an important role in the war?

Our grand finale was to see the energetic dancing of a troupe of dancers from the islands. Thiis was a further reminder of just what an exotic land this is – unique cultures, friendly people, and beautiful settings – this is what Papua New Guinea should be all about.