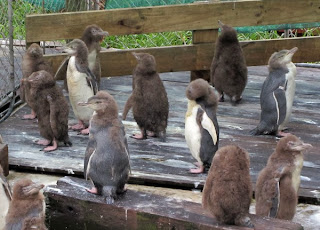 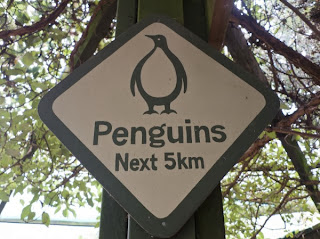 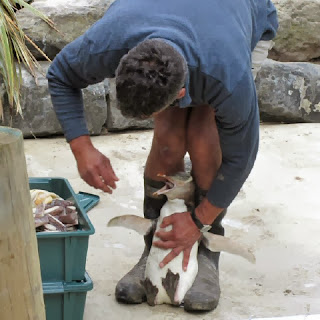 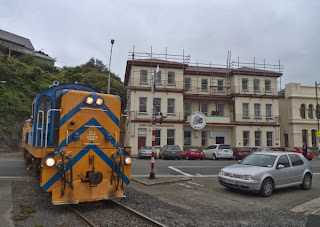 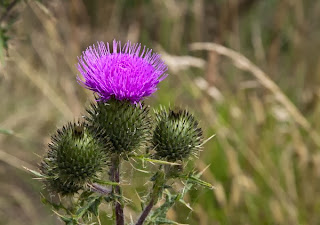 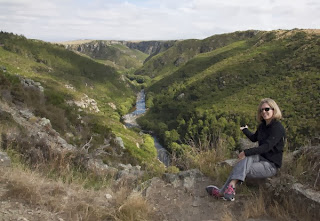 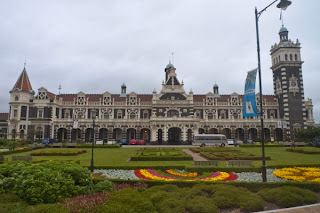 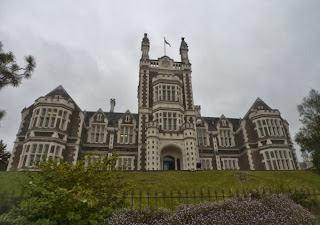 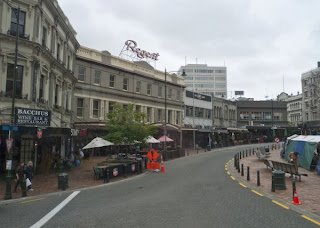 Sailing into the Otago Harbour, towards Port Chalmers, is another stunning arrival – the harbour enclosed by a bowl of rock created by an extinct volcano, with steep hills all around and the city of Dunedin at the end of its long bay.

Tracy joined a tour on the extremely scenic Taieri Gorge Railway, while I joined a tour to explore the remote Otago Peninsula and to see its collection of rare wildlife. So, we drove down the harbour to Dunedin and out the other side again, to get onto the winding road along the peninsula, entering into a world of remote bays and rolling farmland. The coastline on the ocean-side of the peninsula is home to precious colonies of seals, blue penguins, and the endangered yellow-eyed penguins.

Sadly, when we got to the penguin sanctuary, we found out that this had been a very bad year for the yellow-eyed penguins. Normally there 20-30 chicks born each year to the colony – this year (for unknown reasons), only one chick had survived. So, our penguin-spotting opportunities were limited to watching a rather unpleasant force-feeding session of the sick penguins (they won't take the food from the hands of the handlers, so it's a case of open wide, and shoving the fish into the unwilling penguin's mouth). We did see a couple of shy blue penguins (which are nocturnal), peering out of the darkness of their hides, and then, we finally got a chance to view the lone surviving yellow-eyed chick, who rather typically was sleeping with his head away from us.

From here, we headed to the end of the peninsula to visit the Albatross colony – the only mainland Albatross colony in the world. The rangers gave us an excellent introduction to this graceful creature – it has a 3 metre wingspan, and spends over half of its life flying in the air, and 80% of its life away from its nesting point on the peninsula. At this time of the year, the albatrosses have laid their eggs and are sitting patiently on the cliff edge waiting for their chicks to hatch, so from our viewing point, we could see 4 proud birds sitting on the grass, while a couple of these enormous birds soared overhead. For obvious reasons, we couldn't get that close to them, but at least we saw more wild albatrosses than we did penguins.

After a good lunch at the Albatross Centre, we headed back along the peninsula (taking the high road this time, because some of the cloud had lifted), getting more fabulous views along the peninsula, before doing a quick tour around Dunedin's well preserved Victorian town centre.

The bird watching may have been a bit on the sparse side, but the views of the Otago Peninsula and Dunedin were as good as ever – let's hope those penguins start having babies again.