February 19th – Snorkelling With The Jellyfish in Palau 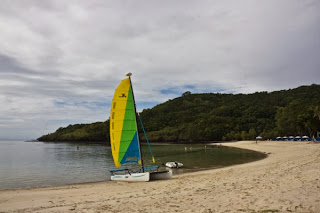 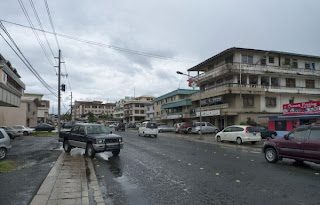 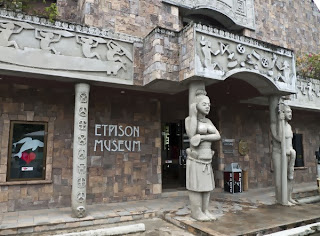 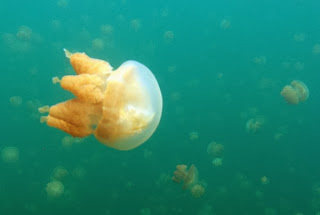 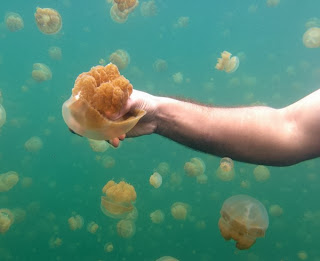 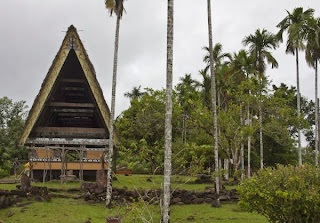 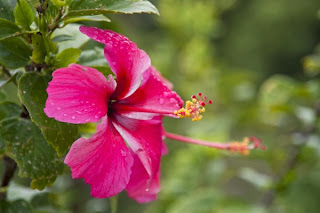 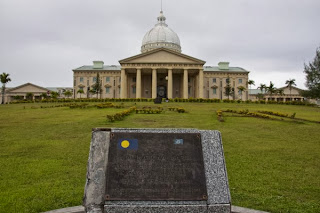 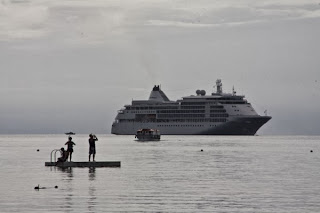 I don't really like jellyfish. The natural instinct when you see one if you're swimming is to immediately swim the other way – yet, today I joined a tour to swim in a lake that's teeming with over 20 million of them.

However, I hadn't totally taken leave of my senses, because the lake in which we were swimming in Palau, has created an entirely unique ecosystem in which the jellyfish have "forgotten" how to sting. We were visiting a marine lake set in one of the remote Rock Islands which has been cut off from the sea for thousands of years, and the lack of any predators for the jellyfish means that they have proliferated in enormous numbers, and crucially have lost the ability to sting because they have no need to.

We took a boat trip into the beautiful Rock Islands from where the tender came into at the Palau Pacific Resort, and we cruised through a serene landscape of hundreds of little limestone islands covered in dense green foliage – kind of like Halong Bay in Vietnam, although the islands were more rounded (like mushrooms) than the steep Vietnamese versions.

Eventually, we got to the island that's home to the lake, and we walked through the jungle up and down the steep pathway to the lake in the middle of the island. We strapped on our fins and slipped into the warm-bath-like waters, slightly nervous of what we were about to encounter.

Once I put my head under, I could see a few stragglers floating towards me; but the further you went, the more there were lurking in the waters. Initially, it was a bit unnerving being surrounded by these floating brains, but after a couple of them had brushed against my skin without any mishap, I relaxed and just savoured the experience of paddling my way through the increasingly dense cloud of golden jelly fish. It was a strangely calming experience being in this silent environment in amongst this haze of gently pulsating creatures – it was a flotation tank to beat all flotation tanks.

You're not meant to touch the fragile jellyfish if you can help it (to protect them rather than you!), but it you tapped a large one by mistake (which weren't much bigger than your hand), a couple of tiny little baby ones would float out – it felt like I was inadvertently the father of a few dozen Palauan babies.

This has got to be the most unique snorkelling experience I've ever had – it felt simultaneously weird and natural; relaxing and exciting at the same time.

After this sensory overload, it was going to be hard to rival this aquatic experience, but the next snorkelling spot was pretty magnificent too. The coral was incredibly colourful, but the volume of fish was more than I've seen on the Great Barrier Reef even. No wonder that Palau has become a mecca for snorkelers and divers.

After the tour, I went into this tiny Republic's largest town – Koror. In a country of only 21,000 people, it would be silly to expect Koror to be much of a metropolis, and in that respect, the town didn't disappoint. It was chiefly one main street of modern concrete buildings, but the quality of the infrastructure and the amount of traffic (quite congested) showed that this is one of the richer Pacific Island states.

Tiny Palau is a place that's scarcely on the tourist map, but with amazing sea life like this and these superb landscapes (above and below the water), I'm sure that it's fame is going to spread.