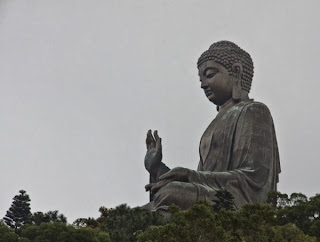 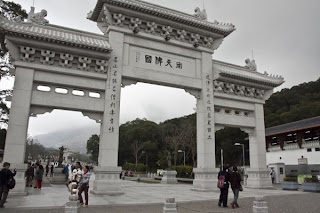 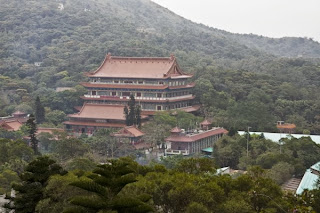 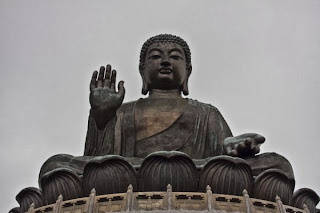 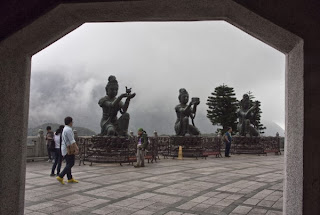 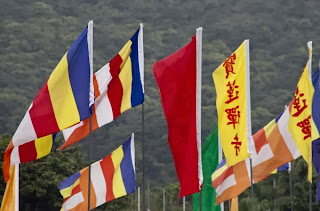 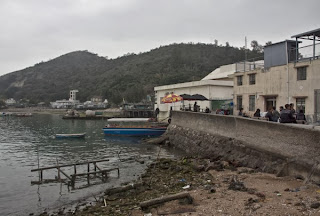 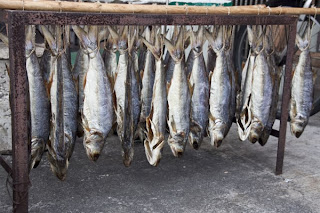 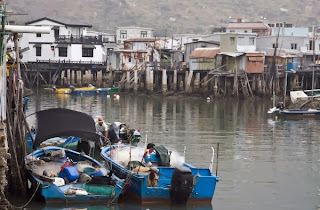 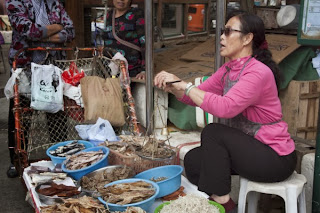 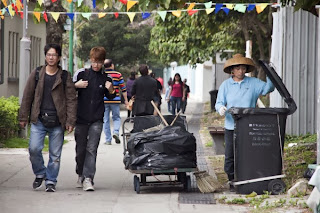 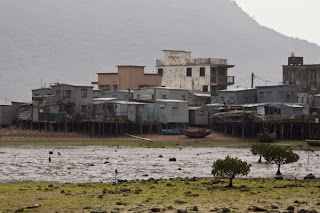 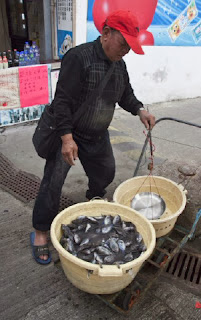 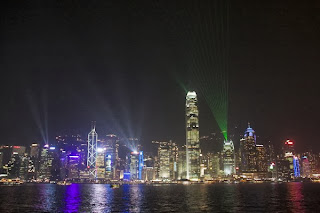 People tell me that a failing memory is great thing for a world cruiser – you might have been to these ports before, but you can't remember anything about your last visit, so every experience is a new one. In a sure sign that old age is dimming our memories, we really can't remember if we'd visited the Big Buddha in Lantau when we first came to Hong Kong 15 years ago. I was fairly sure we'd been, but our visit today didn't spark any memories, so we probably haven't been there before (or my brain is finally going!).

We walked round to the Kowloon MTR station in the shadow of Hong Kong's tallest skyscraper, the enormous, 118-storey ICC building. This whole section of Kowloon has been built on reclaimed land and is still full of hammering pile-drivers and construction cranes, so it's a bit soulless, but I'm sure it will look great when it's finished.

From here, we caught the MTR to Tung Chung, where we had a choice of catching the cable car or the bus to the Big Buddha. In a decision not wholly unrelated to price, we decided that it was too misty to get the full value from the cable car, and so we opted for the much cheaper bus.

We bounced around the steep, winding streets of Lantau, and the bus finally came to a halt. We asked the driver if it was far to the Big Buddha –his reply was "Bus, ten minutes here". Did that mean, the bus was stopping for 10 minutes, or was it a 10 minute walk from here? He kept repeating "Bus, ten minutes here", until we finally worked out he was saying "Bus terminates here". We got off and caught our first glimpse of a fairly obviously huge Big Buddha looming over proceedings – he must have thought we were idiots.

So, the Big Buddha lived up to its name (being Big and being a Buddha), but you had to climb a long line of steps to get up to it – easier said than done with my hips both aching after yesterday's trek up and down the Peak. From this vantage point, under the peaceful gaze of the contented Buddha, there were some great views over the island below us.

From here, we caught the bus to the fishing village at Tai O – we didn't really know what to expect from a place that billed itself as the fish-drying capital of Hong Kong, but the quiet rural atmosphere felt like a world away from the bustling streets of Hong Kong. As you'd expect, the smell was pretty whiffy at times, while some of the dried seafood looked fairly inedible, but it was an interesting place to explore. Was all Hong Kong like this before big business took over after the war?

Just to confirm how much the territory has moved on from its rural past, before we headed back to Kowloon, we visited a huge outlet mall at Tung Chung – we didn't buy much because even the discounted prices in Hong Kong aren't that cheap.

That evening, our stay in Hong Kong ended the perfect way, gliding past the amazing skyline at night, its buildings lit up like Christmas trees. Hong Kong is looking as good as ever.