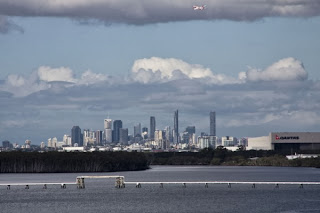 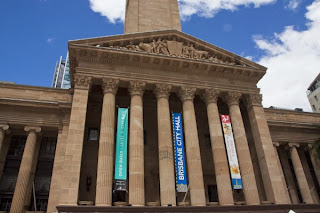 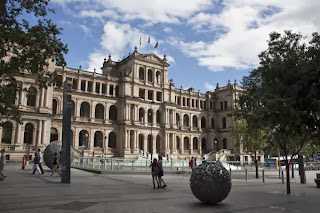 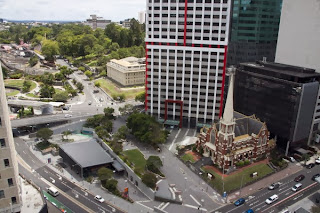 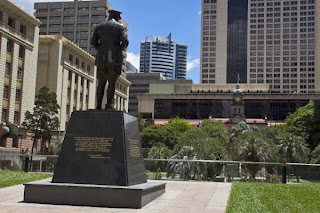 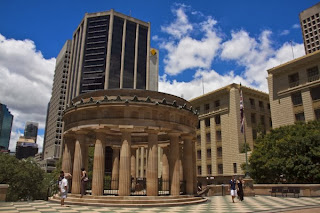 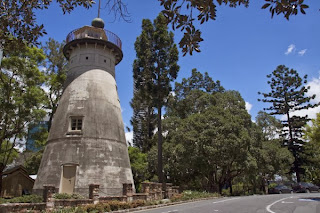 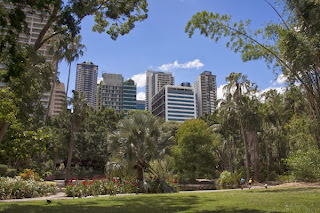 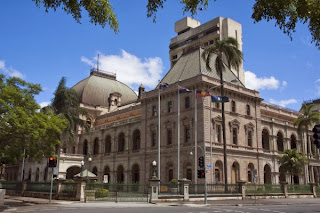 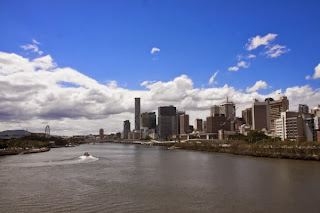 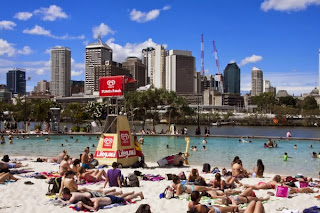 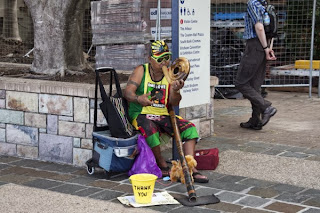 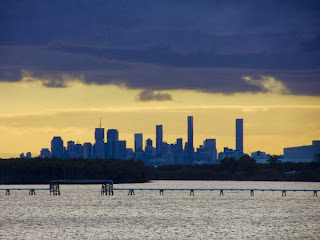 Brisbane has always been seen as something of a poor relation to Sydney – but, while it doesn't have a similarly fast-paced, cosmopolitan atmosphere as Sydney, it does have a very pleasant urban environment to explore. A property boom since the 1980s has given Brisbane a skyline of towering skyscrapers, but in amongst the modern monsters, there's a good set of impressive colonial buildings remaining – probably a more cohesive collection than Sydney.

On a very hot Saturday, there was a really relaxed vibe to the city – with lots of buskers, markets, food stalls and events put on around the city to entertain us. We started off the day trying to see as many of its stately colonial buildings as possible, centring in on the impressive City Hall Building, which also houses the Brisbane Museum. The museum featured the friendliest museum staff we've ever met – the kind of warm and chatty people you meet in a small town one-room museum, rather than the museum for a 2-million strong metropolis. They encouraged us to go up the 92 metre high tower of the City Hall – this was the tallest building in the city from the 1930s until the late 1960s, and although it's now dwarfed by the buildings around it, it gave some great views across the city.

We explored the lively Queen's Street Mall which was busy with shoppers, and as we were beginning to flag in the heat, we trudged down to the pretty Botanic Gardens to grab a bite to eat and a much needed laze in a deck chair on the grass. We then headed across the winding Brisbane River to the rejuvenated South Bank Parklands to visit the artificial beach, full of the bronzed, bold and beautiful young things of Brisbane in a wonderfully informal atmosphere. Overlooking all this frivolity were a set of world class theatres, galleries and museums that marked Brisbane's evolution from being a cultural wasteland in the 1950s, to vibrant cultural centre in the 21st century.

As we were walking around, we were constantly thinking that this would be a good place to live – the weather's nearly always good, the city's obviously doing very well economically, it's very well organised, and it has a much more personal scale than you'd expect of a city of this size and skyline. Another lovely day!