Sometimes on a long cruise, it's good to have a change of scene and have a night away from the ship. So, our overnight visit to Cairns was the perfect opportunity to do just this, especially as my Uncle Peter and his wife Mary had flown down from Papua New Guinea to meet us.

We headed an hour up the coast to the attractive resort of Port Douglas. PD shares a lot of features with Cairns – it's a perfect jumping off point to explore both the Great Barrier Reef, and to get into the UNESCO World Heritage Rainforest that lines the coast – but, it's in a much less mass-market environment, more boutique and less backpacker.

In the afternoon, we visited the beautiful Daintree Rainforest at the Mossman Gorge – as we followed the trails through the thick forest, it was alive with the sound of insects. As we got ever deeper into the forest, the insect calls were rivalled by the sound of distant thunder and the sky grew black with rain clouds. Not much light filters down through the canopy anyway, but it got so dark in there that it felt like we might lose the trail. Just before the heavens opened, the insects' screams got incredibly loud and high-pitched, like an alarm – were they trying to warn us of something?

What they were probably trying to tell us, was that the rainforest was about to well and truly live up to its name, as enormous drops began to plummet from the sky, soaking us to the skin. I guess that you don't get as lush and green as this without lots of rain, and it felt like a year's worth fell in the space of half an hour. Actually, there's something invigorating about being in the rainforest as the rain falls – this was what the forest is all about.

The rain eventually stopped, and instead of cooling things down, it only got more steamy as the humidity got even more intense. Of course, the only way to deal with this, is to do as the Australians do, and have a few beers to re-hydrate and cool down. So, we had a fun night in PD, bumping into an entertaining group of extremely drunk girls from Melbourne who had taken their re-hydration efforts to new limits – I managed to resist their constant efforts to get me to dance with them.

The next day, we went up into the tablelands behind the mountains – huge rolling landscapes of pastureland, mango plantations and forest, interspersed with quiet up-country towns. There's not many people up here, but we did bump into some cute wallabies who came close enough to feed. I always wonder how people can live up here in the extreme heat and humidity, in such sparsely populated territory, but it is an very beautiful part of the world.

These two days were a great way to re-charge our batteries in an environment that felt so different from the enclosed community onboard. We saw some great sights, had some great company, and did some much-needed catching up. Another wonderful trip. 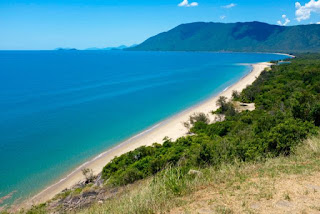 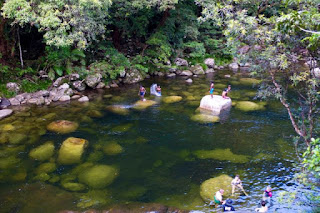 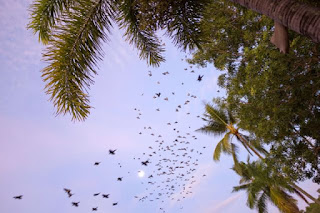 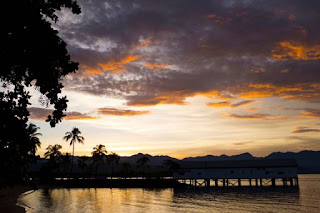 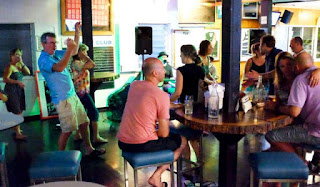 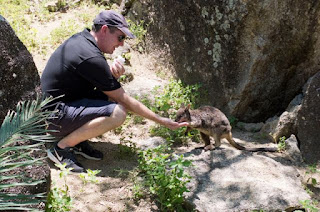 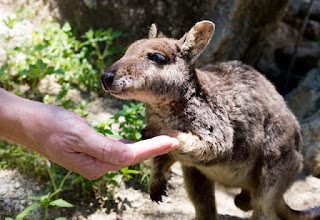