February 9th – Meeting the Maori in the Bay of Islands

The Bay of Islands played a hugely significant part in the formation of the modern country of New Zealand. It was here that the historic Treaty of Waitangi was signed in 1840 – the controversial Treaty in which the Maori chiefs signed over sovereignty to the British Crown (or at least signed a document that they thought was guaranteeing their land rights).

The Maori presence here is still very significant (making up about a quarter of the local population); so, today I joined a tour that would allow us to find out more about contemporary Maori culture. To be honest, I thought that we'd be seeing a bit of singing, dancing and a haka or two – while, instead we were taken to a functioning marae where we were treated to a long welcome ceremony, with lots of speeches in Maori by the tribal elder who greeted us.

Our earnest guide gave us lots of briefings on the protocols which needed to be observed (unfortunately one of these was that we weren't allowed to take photos during the ceremony), and the whole thing was a lot more drawn out and serious than I'd imagined. One lighter point was when we were asked to sing a song back to the 3 Maori elders in front of us – for some reason, the guide decided that we should sing the rather incongruous "You are my sunshine" to the Maori. Quite what the Maori felt about this high point of western culture I don't know!

The rest of the trip involved a visit to a primeval kauri forest to see the enormous trees that once would have covered much of the north island, before being cut down by the loggers to the edge of extinction. Some of these trees are 2,000 years old, and in amongst the dense forest of monstrous trees and giant ferns, it felt like a trip to Jurassic Park – you half expected to come across a stegosaurus at any point.

On getting back to port at Paihia, we didn't really have time to get over to Russell (my favourite part of the Bay of Islands), so we settled for a bit of browsing in the shops and a late lunch of delicious fish and chips (or "fush and chups" as the locals pronounce it).

This was a relaxing end to a relaxing few days in New Zealand – we can't wait to get back on next year's World Cruise. Let's hope that our three days crossing the dreaded Tasman Sea prove to be equally chilled out. 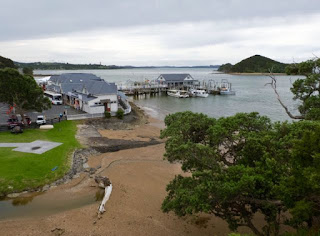 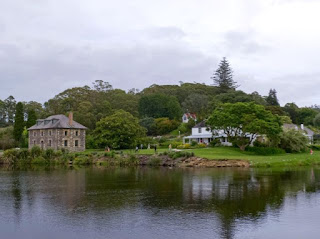 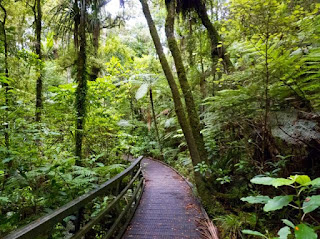 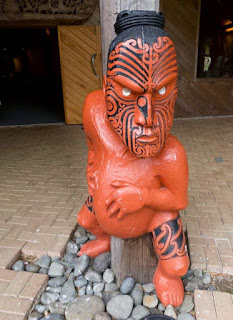 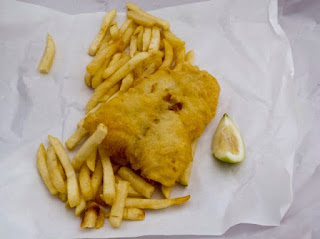