After leaving Bora Bora, we first failed to get into the Cook Islands (down to the heavy swell), we next lost a day from our lives (not from a hangover, but from crossing the International Date Line), and we then had 5 days at sea before we got to Tauranga in New Zealand. It was safe to say that we were all looking forward to stepping foot on dry land.

And, Tauranga did not disappoint. The scenery was superb, the weather was perfect, and the New Zealanders were typically friendly (especially as this was the Waitangi Day Holiday Weekend). Actually, the locals that we met were particularly friendly, because we were meeting up with our Kiwi friends from old London days, Stu and Carmen, who drove up from Taupo with their lovely children.

Where we docked, Mount Maunganui, is probably New Zealand's premier beach resort, with a calm bay on one side, and a beautiful surf beach on the other side, its white sands busy with volleyball competitions and surf schools. With chilled out bars and restaurants all around, and all scenery dominated by the extinct volcanic cone of the eponymous Mount, this was about as laid back and idyllic a location to visit as possible.

Much to the children's chagrin, we went on a forced march up the Mount, although as we climbed the steep paths lined with lush greenery, it was the younger generation who were faring much better than the adults. As we puffed and panted our way up the Mount, the only thing keeping us going were the fabulous views all around us – the Bay of Plenty sparkling in the sun, those gorgeous beaches, and the ship looking splendid next to it all.

We had a great lunch of catching up and reminiscing, and seeing as the beers were going down quite well, it was decided that we needed to visit a local winery, the Mills Reef Winery, to taste some of the wines from Hawkes Bay. The winery was in another idyllic location, and the chardonnays in particular tasted pretty good.

There's something always re-assuring about arriving in New Zealand after a journey across the Pacific. Firstly, you're not beholden to the weather or the state of the seas as to whether you'll get in or not. Secondly, whilst there's always an exotic edge to the sights we see, the country also feels familiar and safe – a bit like coming home on the other side of the world.

If our next two stops in New Zealand prove to be as good as our time in Tauranga, we're going to have a fabulous time! 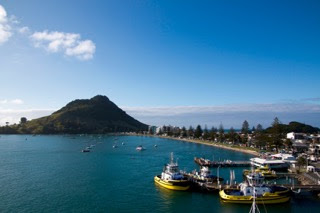 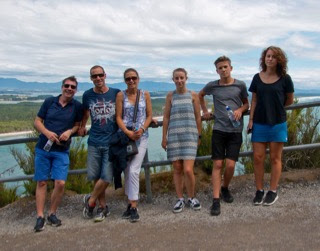 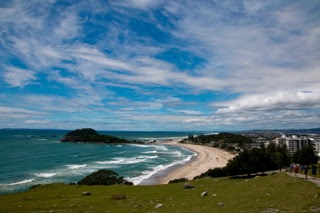 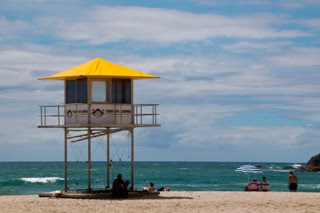 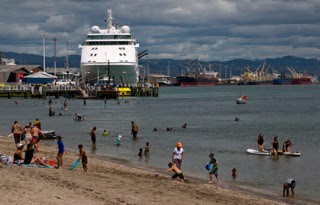