Today (rather inappropriately, on a Monday), we visited Australia's northernmost frontier, Thursday Island, in the Torres Strait Islands, just off the top of Queensland, and just south of Papua New Guinea.

This is a tiny little place, just over a square mile in area and with only about 3,000 inhabitants, so there's not much "action" here – not helped by the fact that it was absolutely boiling, which meant that everything seemed to be moving at a snail's pace. But, the most memorable thing about our stay was the setting – located in the middle of a string of attractive little green islands, surrounded by impossibly turquoise languid seas.

With the mercury hitting 100F, those beautiful waters seemed just perfect for cooling down in, until you're reminded by the locals that attacks from sharks and crocodiles make swimming a very dangerous activity. It's an irony that the island's most alluring feature was also its most hazardous one.

We were only here for a short morning visit, so we didn't have long to explore the island; but, we had time to pay a visit up to the main historic sight – Green Hill Fort, a fortification built in the 1880s, when it was thought that the Russians would attack. To be honest, the extreme temperatures and humidity here would probably have seen off the Russians pretty quickly (if they'd ever made it this far), and then the fort saw service during the Second World War, when this was Australia's northernmost frontier, against the expanding Japanese.

To be honest, the town still has a bit of a sleepy frontier feel to it – not much happens here – but, there's a decent infrastructure on the island, and the quality of life for the islanders (over half of whom are indigenous Melanesians) seems pretty good. I can't say that I'd be looking to buy a holiday home here (the isolation, the heat, the sharks and crocs, and the lack of action are all pretty good deterrents), but it's the gorgeous setting that's Thursday Island's chief asset. 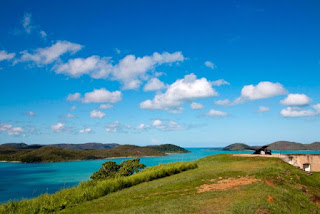 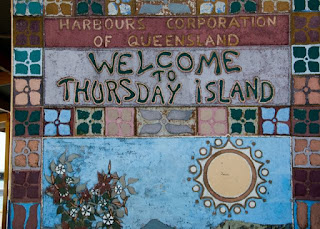 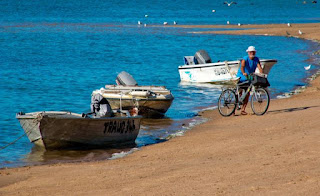 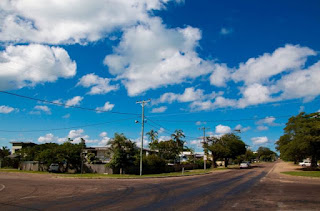 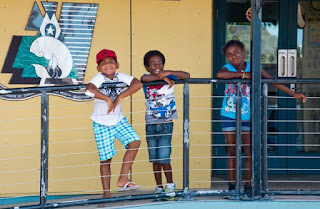