The Philippine island of Palawan was recently voted "The World's Best Island" by Conde Nast Traveller magazine. To add to that, its main attraction – The Underground River – was awarded the title of being one of "The Natural Seven Wonders of the World" in 2011. So, Palawan had a lot to live up to – our task today was to see if it deserved these lofty accolades.

To be honest, the rather scruffy town of Puerto Princesa (the capital and our port), hardly promised much in the way of natural wonders – with its traffic jams of motorbike rickshaws and rather chaotic streets, this was more urban jungle than unspoilt jungle. But, it was a clean (apparently the cleanest city in the country), and the people were friendly.

But we weren't coming here for Puerto – we were coming to visit the Wonder-ful Underground River. Actually, the journey to get there is a bit of a mission – enough to make some people wonder if it was all worth it. You take a 2 hour drive in a cramped minivan along some bumpy and windy roads (the scenery was quite pretty though), then you get to the rather chaotic port of Sabang, where you queue to catch a double outriggered boat. From there, you have a bouncy (but fun) ride along the coast, before you have to jump into the waves to get to the start of the Underground River, where you have to catch another boat. If this rather tortuous journey was all about building anticipation, then it worked.

But, the Underground River did deliver. You descend from the bright sunlight into the cavernous darkness of the river, feeling like you're venturing along the River Styx. To keep the noise down, they give you an audio guide, which gives you an interesting commentary, although it rather overdoes the "eerie" music – the sights are atmospheric enough, without the added sound effects. Actually, it was interesting to remove the headphones and just soak up the silence – the ghostly quiet only broken up by the sound of our boatman's paddle, and the odd splash of dripping water.

In this darkness, it's virtually impossible for photos to do the place justice, as you pass by jagged rocks, weird looking stalagtites, huge caverns, and narrow passes, the murky twilight turning to pitch black the further we ventured – our only light source being the torch on our boatman's head (plus the almost constant flashes of our fellow traveller's cameras).

This place used to have a limit of 600 visitors a day – since they became officially Wonder-ful, that number has increased to up to 1,500 visitors a day (maximum 160 an hour), which is too many. I guess that's the price of fame. I can hardly complain about the number of fellow tourists that I'm sharing the views with, when I'm part of the tourist industry myself. And, it's pretty difficult these days for a cruise to visit somewhere that's totally "undiscovered".

Nevertheless, the Palawan's Underground River still remains off the radar from the mainstream tourist routes. It may have been discovered, but coming here is still a bit of an adventure – just the journey to get here is enough to keep away the hordes.

I suppose that deciding that anywhere can be the world's "Best Island", or one of "Nature's Seven Wonders" is a bit of a facile exercise – how can you compare Palawan to places as diverse as Bora Bora or Sicily? How can you rate The Underground River above somewhere like the Great Barrier Reef or Mount Everest? Each is wonderful in its own right. What I do know is that I would heartily recommend a visit to Palawan and a trip to its unique Underground River – there's just nowhere like it that I've been to. 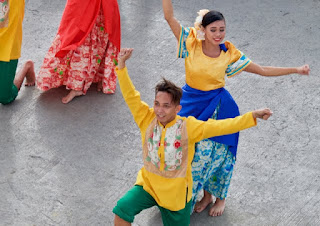 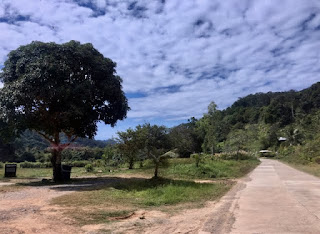 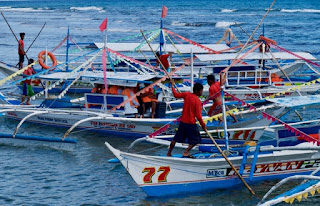 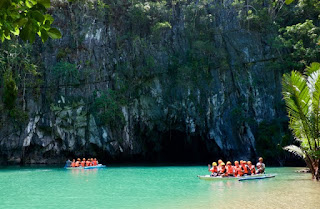 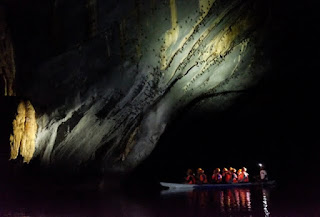 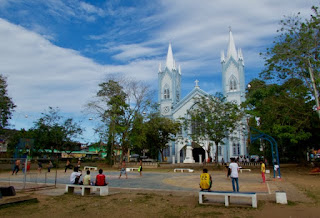