Today I visited a place that I've always wanted to come to – the amazing Terracotta Warriors in Xi'an, China. These warriors are one of the great archaeological finds of the 20th century, and one of the most evocative historic sites that I've ever been to. Because, when you're in front of these clay Warriors, seeing their clothes, their individual facial expressions, their hairstyles, it's like watching history come alive (or nearly alive), as you're brought face-to-face with an enormous army that's over 2,000 years old.

We were lucky that there weren't big crowds to share our visit with – so, we could get straight to the viewing areas in front of the pits where the Warriors were discovered in the 1970s. Even though I've seen the Warriors many times in photos and in lots of documentaries, the neat formations of terracotta soldiers lined up in front of me was still bigger and more impressive than I'd imagined. What really amazed me was that this was just a third of the Warriors – just 2,000 out of the 6,000 that were buried and waiting to be put back together.

Because, every single Warrior (apart from one archer that was found completely intact) was shattered into multiple pieces when the wooden roof over the pits collapsed and turned them into the world's biggest jigsaw puzzle. Our guide tells us that they are currently being painstakingly put back together by the archaeologists at a rate of 10 per year. If ever the Chinese economy collapses, the government has a readymade national project to employ the masses.

Whilst seeing this army of re-constituted Warriors lined up was impressive enough, what made the whole thing more evocative, was to see the sections of the pits where the Warriors were still in multiple pieces and totally jumbled up – a disembodied head here, an arm there. It was like they were waiting for a magic spell to bring them back to life.

For me, it was mind-boggling to think that this ancient frozen army was put together, over 2,200 years ago for just one man – China's first ever Emperor, Qin Shi Huang, who wanted them to guard him in the afterlife. If he could assemble an army of life-size soldiers like this to protect him in death, how impressive would his army in real life have been? When people comment on how powerful modern China is becoming, it's a salutary thought to think that they have always been able to harness massive resources and assemble hugely powerful forces.

We were here as part of one of Silversea's World Cruise Events – an amazing logistical exercise that saw over 120 of us flown from Shanghai, over to Xi'an for the night. It was wonderfully organised, and saw us treated like royalty with a spectacular gala dinner inside the Shaanxi History Museum, which had been turned over for our exclusive use – absolutely fantastic.

When people ask me, if I ever get bored of cruising – it's superb trips like this that make all the effort of writing and giving lecture worthwhile. 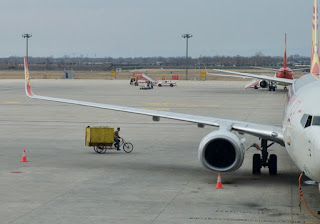 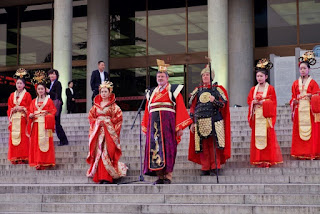 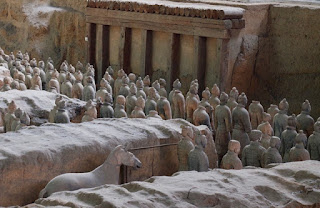 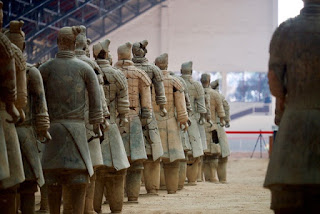 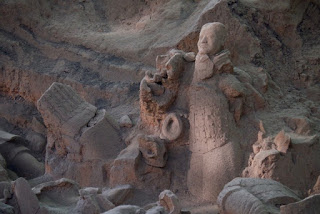 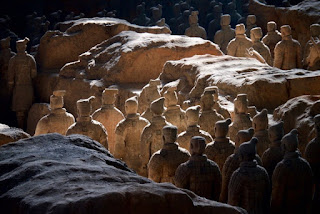 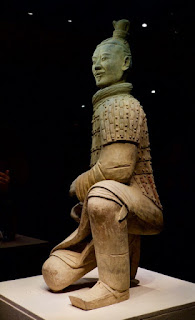 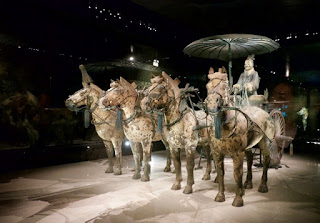