March 24th – A Stairway to Heaven in KL

As a city, Kuala Lumpur has a lot of things going for it – a booming economy, excellent infrastructure, diverse cultures, and an interesting mix of historic and ultra-modern architecture. But, for cruise passengers, its main drawback is its location – a good hour's drive from Port Klang (with the potential for longer, if the traffic seizes up, which it often does).

That means that most tours into KL tend to be flying visits. So, you're best off not trying to see too much, and just try to pick off one or two things to concentrate on. So, today my mission was just to visit the Batu Caves – an enormous set of limestone caves in the hills on the edge of the city that have become sacred to the city's large Hindu population.

Maybe it's the daunting physical task of getting up to the caves that gives them their mystique. In the shadow of a huge golden statue of the God Murugan, you have to climb up 272 very steep stairs to get to the top, whilst at the same time running the gauntlet of a troupe of rapacious monkeys who stalk you all the way, on the lookout for food – if you're not offering any, they're quite prepared to come and take it for themselves. In fact, Tracy and I were mugged by these simian bagsnatchers last time we were here – they ripped open my bag to steal an apple out of. Being mentally scarred by that experience meant that I made sure I was carrying no food, and gave these cheeky monkeys a very wide berth.

At the top, there's a few temples decorated with their typically florid statues, but the caves were emptier than I had remembered, mainly filled with puddles because the heavens had just opened, and dripping water was filtering its way through the limestone. But, it was an atmospheric enough spot, and at least the monkeys kept their distance.

On a muggy day, the climb up and down meant that we were all covered in perspiration at the end of our cave-pilgrimage, so it was good to get into the air-conditioning at the Royal Selangor Pewter Factory. To be honest, I'm not really in the market for some pewter mugs or jewellery, but it was relatively interesting to see the processes they go through to produce the pewter, and at least it acted as a reminder that it was tin mining that caused KL to be founded out in the jungle in the 1850s, and tin that fuelled much of the growth of the early colonial city.

If you wanted any proof that KL has moved on from low-tech mining to hi-tech manufacturing and oil production, then our final photo stop at the gigantic Petronas Towers confirmed this. In the 20 or so years since they were built, the towers may have slipped down the rankings from the World's Tallest Buildings, to now just Numbers 11 and 12 – but they are still an impressive statement of intent from a country with lofty ambitions.

Whether its tall staircases or tall buildings you're after, KL has plenty to offer – if only it were closer to the port. 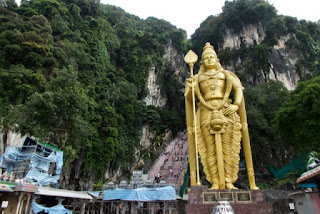 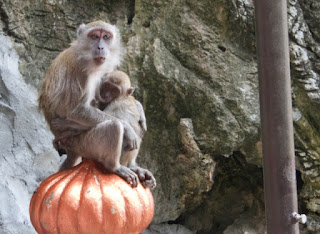 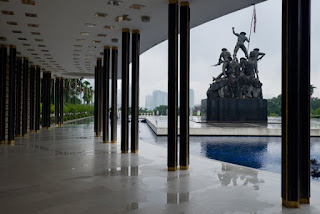 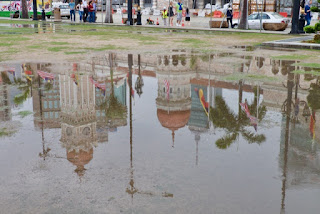 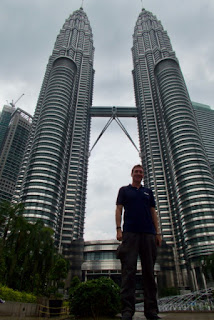