Feb 28th – Is Coron The Best Island in The World?

When Palawan was voted the world's best island, it was for its unspoilt landscapes of jungle-clad limestone formations, for its idyllic white sand beaches, for its amazing coral, and for its incredibly clear turquoise seas that it won the Conde Nast award. Well, every element of Palawan's greatest hits is represented on the stunningly beautiful island of Coron.

Looking across at Coron Island from Coron Town (which confusingly enough, isn't actually on Coron Island itself), the dramatically undulating green peaks of the island look like they've been shaped out of play dough of sugar icing. Then, when you catch an outrigger out to the island, those peaks get even more dramatic up close, as you see them soaring vertically out of the water, revealing little gaps that lead you into tiny inlets where you can tie up the boat and do some exploring on land.

We first ventured to an inland lake, Lake Kayangan, which involved a climb up and over a steep hill (one of the exhausted guests informed me what was advertised as 150 steps up and 150 down, turned out to be 172 up, and 190 down). Coron's tourist market is mainly made up of youthful backpackers (with accommodation starting at $8 per night, you can see why), and they happily skipped up and down the steps without breaking into a sweat. For our more mature guests, it was a bit more challenging, but everyone made it.

The trek was certainly worth it because the lake was beautiful, its deep-blue bath-like waters were incredibly clear, so that you could see that those jagged limestone formations carried on way down into its depths, although, there wasn't much in the way of marine life down there. Sadly, the news of Coron's loveliness seems to have spread quite far, because there were a lot of people down there – they might have to start limiting numbers so that the place doesn't lose its serene beauty.

Our next stop was much less crowded, because we were calling in at a small beach that had been set aside just for us. You couldn't get much more idyllic views, as our outriggers pulled up directly onto the white sand beach, and we splashed into the incredibly turquoise waters. Off the beach, we went snorkelling, and the quality of the coral and sealife was fantastic – probably the best that I've seen wading in from the shore. This was followed by a tasty alfresco lunch on the sand. It was difficult to escape the feeling that we'd ended up in paradise.

To complete our tour of Coron highlights, we went for a snorkelling dip around a small group of islands called the Siete Pecados. Again, the quality of the coral was outstanding – not incredibly colourful, but a huge range of different formations (the huge beds of purple stag horn coral were stunning).

So, today we've seen the Best of the Best – a superbly scenic place that looks as good under the water as it does above the water. Coron is slowly being discovered by tourists, but for the time being, it's not become a mainstream destination – with sights like this, I wonder how long that will last? 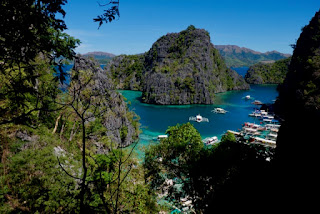 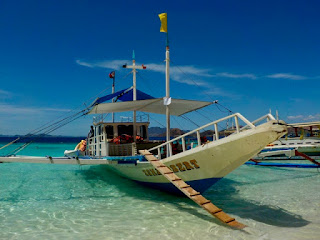 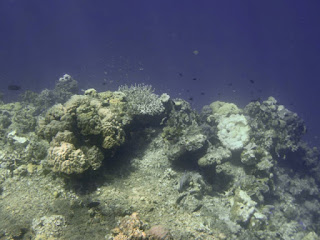 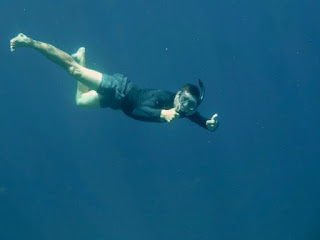 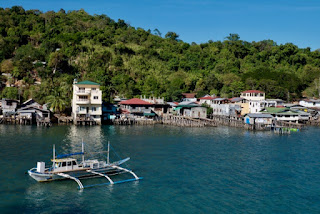