One of the reasons that I love coming back to Vietnam is that I never have a bad meal here. We normally head to a couple of old favourites when it comes to eating in Ho Chi Minh City, but today we shook it up a bit and tried something different.

For lunch, we had one of the most unique dining experiences that I've ever had – by visiting a restaurant called "Noir". As the name suggests, you dine in the utter darkness, (the waiters are blind), and this allows you to concentrate totally on the taste sensations going on in your mouth. First, we had a short briefing as we were told what to expect, and then a deaf and mute lady took us through an experiment, as we were given blindfolds, and told to place some shapes into their respective holes in a tray. Given my inability to do very well at even this simple task, it didn't bode well for the actual meal!

So, I was feeling a little bit nervous, as we met our waiter outside the dining room. Tracy put her hands on his shoulders, and I put mine on hers, as we were led (though a series of black out curtains) to our table. It was pretty unnerving to be plunged into the utter darkness – I kept expecting my eyes to grow accustomed to the dark and be able to start to make out vague shapes. But, there were no light sources whatsoever – we'd had to check in our watches, phones etc, so there was no escaping the all-consuming blackness. You truly could not see a single thing.

But, as we sat at the table we slowly got used to our surroundings – it was reassuring to sense the confidence of our waiter – it was bizarre to think that in the Kingdom of the Dark, the Blind Man was truly King. I ordered a beer to calm my nerves, and kept missing my mouth with the glass – though fortunately I didn't actually spill anything down myself during the meal.

Then, we got our meal – it was a tasting menu of 11 Vietnamese dishes, served in three groups of 4, 4 and 3. The dishes were clearly chosen for their mixtures of textures and tastes, and it was fascinating to try to work out what we were eating. In the absence of any other stimuli, I've never concentrated so hard on what I was tasting, and it really focused the mind to compare the smells and try to describe the tastes to each other (Tracy was having a different vegetarian menu).

What became clear is that the sight/appearance of our food really adds to the dining experience – with those familiar reference points taken away, the flavours become enhanced, but also lack the impact that they would have done if you could have seen them. The other thing was that the meal became all about the food – we didn't have the distraction of looking at the other diners or the decor, and our conversation was all about the taste sensations. In a strange way, the sensory deprivation was almost turning into sensory overload.

What struck me was that we were doing this as a novelty, yet for our waiter (who was born blind), this was the reality of everyday life. Getting to the restaurant, we struggled to cross the road in the crazy traffic of manic HCMC outside, and we stumbled on the uneven pavements of the mixed up streets – it was hard to fathom how he coped out there without all the visual references we had. It made us feel a little humble.

Before I sound too earnest about all this – the best thing about eating at Noir was that it was fun. We were taken out of our comfort zone, but in a totally safe and controlled way, and what's more, the food was pretty good too.

It felt like we hadn't been in there particularly long, but at the end of the meal, as we blinked our way into the daylight again, it turned out that we'd be in there for about an hour and a half – time had slowed down in this light-less world. Afterwards, we were taken through the various courses of what we had eaten, and it was fascinating to compare what I thought I'd eaten, with what I'd actually consumed. A soup that I'd identified as chicken soup turned out to be prawn soup; a "grilled chicken" dish turned out to be tuna; while a "roast chicken" dish turned out to be duck. Basically, I identify most food groups as chicken! Which I suppose is a good thing, because chicken is my favourite meat.

That evening, we had a much more mainstream meal, at the lovely Mandarine restaurant. The food was excellent, and the company great fun, but we didn't see a single local dining in there – in fact, there were so many passengers in there that it felt like the main dining room of the ship. But, what our lunch did teach us was it was all about the food, and that was top quality.

HCMC remains my favourite stop in the East. 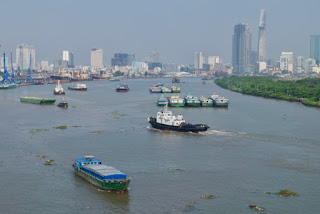 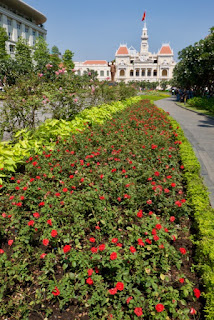 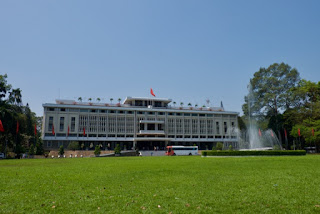 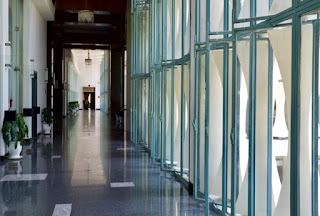 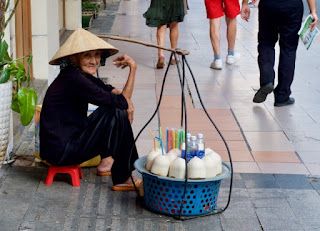 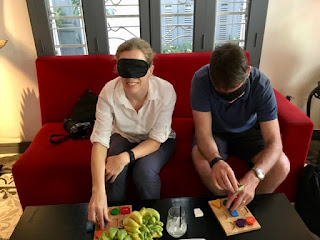 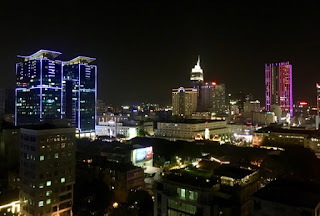 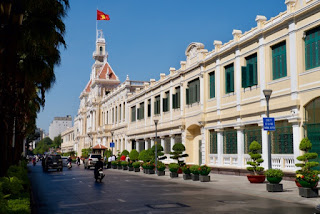 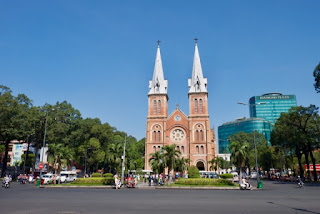 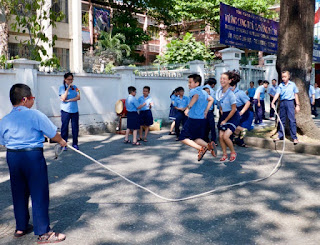