Every time I come back to Singapore, my admiration grows for what they've achieved here. This is a tiny city state, with no natural resources, that was a lowly Third World Country when it achieved independence 60 years ago. Now, it's one of the richest countries in the world, with probably the best infrastructure of any country that I've been to.

Even though this is the second most densely country on the planet, the super-modern public transport system is so comprehensive, so integrated, and so efficient that there scarcely seemed much traffic on the roads. Having come from the gridlock of Bangkok, and to a lesser extent of Ho Chi Minh City, this is a lesson in organisation that both those cities could learn from. In an egalitarian city like Singapore, there's no stigma in catching the subway, and definitely no danger in this pretty much crime-free environment.

As property prices rocket, every time Singapore reaches its capacity, they just build more land out in the Bay. So, we went to see Singapore's new icon, the Marina Bay development, all dominated by the stand-out architecture of the Marina Bay Sands Hotel, its three towers topped with its distinctive boat-like platform. We've been to the viewing gallery up at the top of the Hotel before, so today we went to see what was down below it, at the futuristic Gardens By The Bay.

Fittingly, for a place where man has triumphed over nature by filling in the ocean, this artificially created environment of bio-spheres and metal trees feels as close to nature as you can get in Singapore's concrete jungle. In fact, the longer we were there, surrounded by the lush greenery and swaying palm trees, you began to forget that none of this was natural, and didn't exist 5 years ago. As ever in Singapore, it was the attention to detail that made it all work so well.

Having ticked off this "natural" wonder, we then confined ourselves to the activities that Singapore does best of all – shopping and eating.

This has got to be the easiest place to live in South East Asia (as long as you have plenty of money). 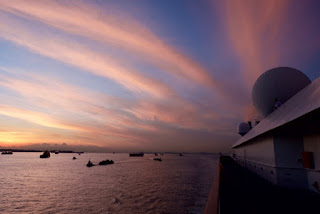 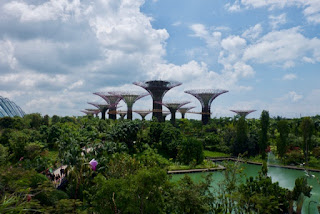 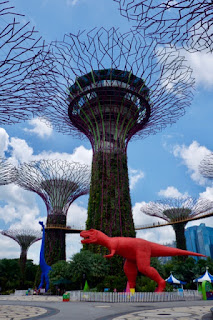 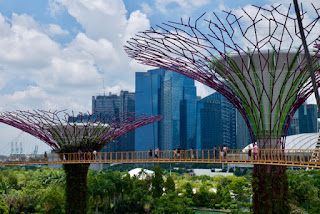 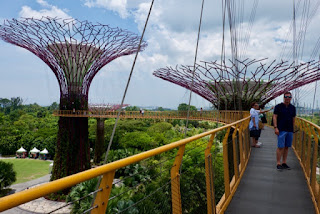 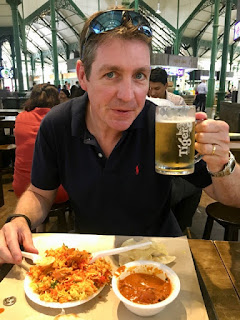