It's been a couple of years since we've been to Vietnam's Nha Trang, and this place has changed a lot in that time. The town had already turned itself into a mainstream beach resort, but the lines of high rise hotels had now spread much further along its 4 mile-long beach. There used to be an undeveloped gap between the port and the town – that's no longer there.

20 years ago, Nha Trang used to be a backpacker resort, but even though all the development has meant that it's become much more mainstream, it doesn't appear to have gone particularly upmarket. As we drove along its main drag, past the tourist restaurants and the KFC and Starbucks, it seemed to me to be very similar to a relatively low-grade Turkish resort, like Marmaris.

There's two main markets that appear to be driving this tourist boom – the Chinese and the Russians, who seem to come here for very different reasons. The Russians had all headed to the beach, and were working hard on their lobster tans. While, the Chinese tourists (who aren't normally interested in tanning themselves) seemed to be thronging the malls, where they were snapping up "bargains" on all the western luxury goods. Sadly, the priorities of Russian and Chinese tourists don't tie in very closely with the tourist needs of this English tourist, so I left them to their sunbaking and consumerism, as I sought out what local colour I could find.

Actually, all was not lost, because behind the rows of Hotel blocks, Nha Trang remains a typically chaotic Vietnamese city of teeming traffic and countless motorbikes. We headed to the Dam Market, which has the usual array of knock-offs inside, but outside, the food market was pandemonium (in a good way). Lots of shouting, exotic food stuffs, and plentiful motorbikes driving right through the middle of it all, not caring that this was meant to be a pedestrian zone.

We then headed across the river to Nha Trang's main historical sight – the Cham Towers – brick towers that are part of a 1,000 year old temple complex of the Champa Civilisation. This used to be a fairly enigmatic spot, but it's now over-run with selfie-snapping tourists, who seemed to be more interested in seeing the whole thing through their iPhone screens rather than looking at the Towers themselves.

I guess that the towers summed up the way that Nha Trang is heading. It's getting fairly commercialised and increasingly busy as its historic towers are giving way in significance to its hotel towers. However, dig a bit deeper, ignore the tourist mayhem, and there's plenty to interest the curious tourist. I wonder what the future holds for Nha Trang? 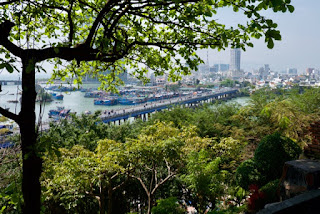 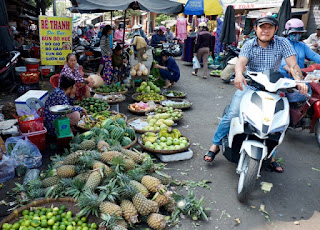 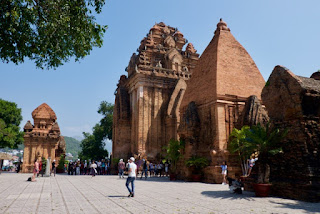 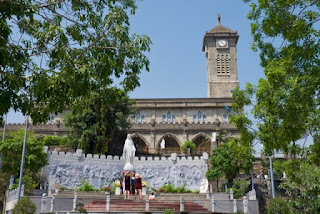 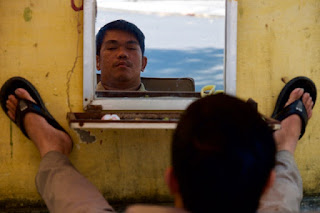 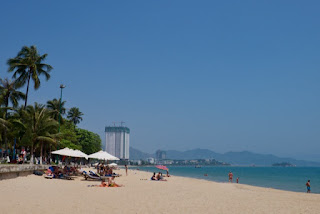