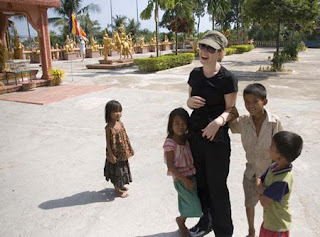 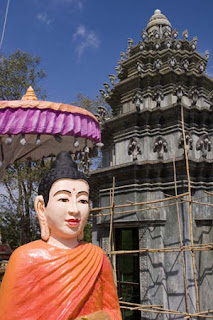 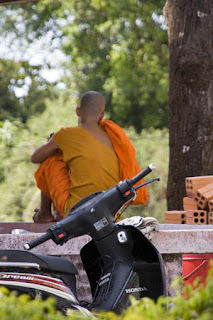 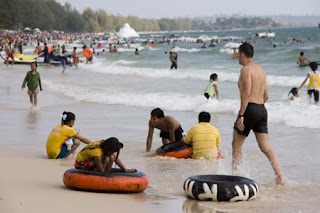 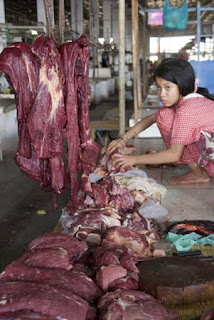 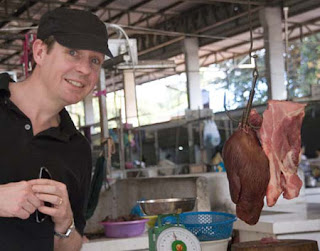 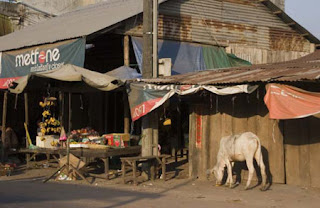 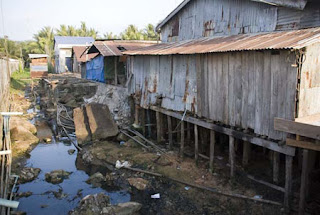 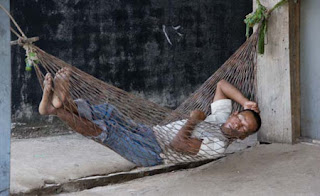 There probably aren't many less romantic places to spend a Valentines Day than Sihanoukville – the sheer poverty on show in Cambodia, would weaken even Casanova's ardour.

We did a tour around Sihanoukville, starting first with a trip to the colourful pagoda on the hill above town – here, we were constantly accompanied by some grubby but sweet-looking children who had learnt the essential English phrase, "Hello – one dollar", said in a pleadingly plaintive tone.

Then we went to the incredibly busy beach, which would have been really beautiful if only it wasn't so full of people – at least it's a good sign for the Cambodian economy, that so many people are coming to enjoy its white sandy beaches.

Next we went to Sihanoukville's market – the bit at the front for the tourists, full of fake clothes; and towards the back, the part for the locals, vegetables, meat and fish. Walking around and smelling the stench of the fish market, with its wares mostly covered in flies, would be enough to make most people full vegetarians.

Next we went to a little fishing village near the port – seeing where these fish had been brought ashore didn't make you feel much better about the health of the food either. The whole place was pretty scruffy and looked fairly rough, but you got the impression that people were happy and well fed.

Cambodia clearly has a lot of work to do before it can even begin to catch up with its South East Asian neighbours, but you get the impression that it's going in the right direction – as long as the corrupt politicians don't ruin things.