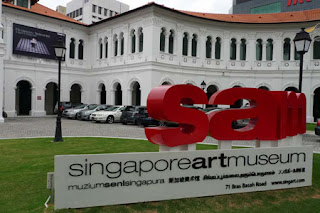 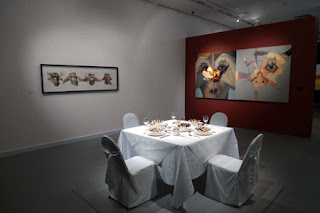 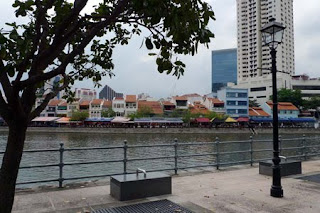 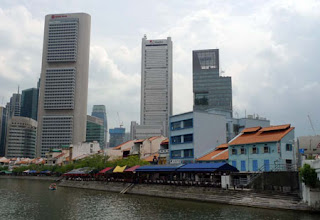 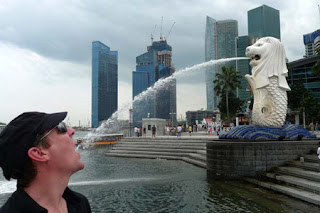 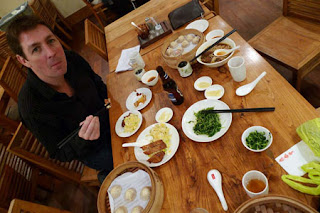 Seeing as normally all we do in Singapore is eat, drink and shop, we decided to get a bit of culture, by visiting the Singapore Art Museum. The Museum is housed in a beautiful old school from Colonial Times, which does give it a difficult to follow lay out, but it has lots of interesting artwork from all around South East Asia.

There was some very interesting stuff from Indonesia, which attacked the government for corruption in some very clever and thought-provoking ways, and some good stuff from the Philippines which explored the interesting cultural mix between the Spanish and the Filipino influences.

After all that culture, we walked around the historic civic area passing all the impressive colonial buildings, and as the heat and humidity threatened to knock us out, we had to shelter in the air-conditioned cool of one of the big shopping malls, where Tracy sought out a few bargains.

In the evening, we went to a famous dumpling restaurant on Orchard Road, where we gorged on incredibly filling dumplings, and then went to a hawker centre for some cheap alfresco drinks.