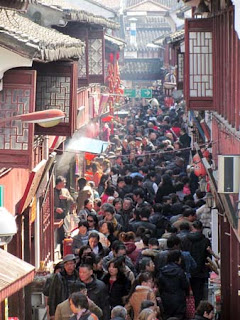 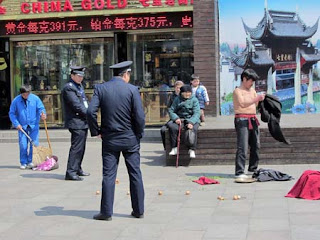 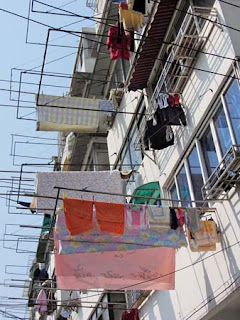 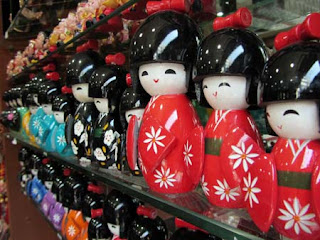 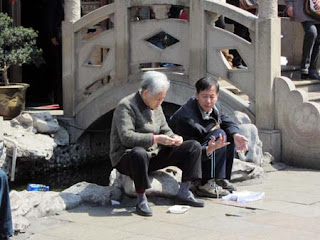 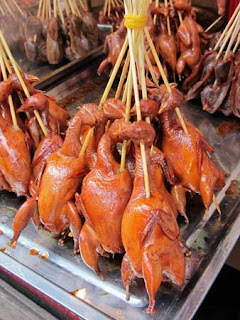 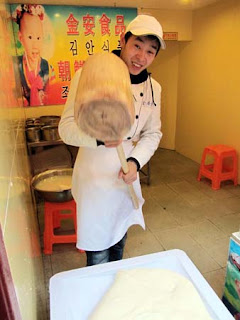 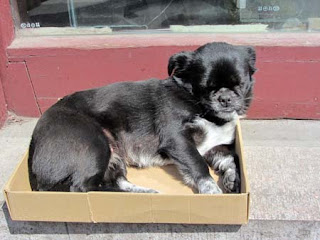 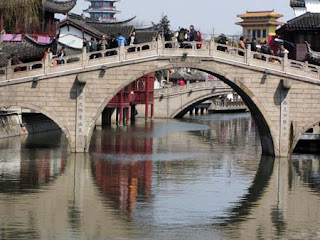 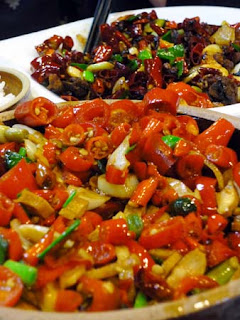 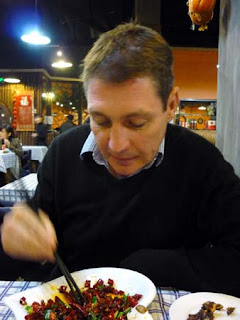 Today, we decided to do something a little bit different in Shanghai, so we went out to one of the old watertowns that used to encircle the city. Now that Shanghai has grown so massively over the last couple of decades, many of them have been swallowed up by the huge metropolis. The good thing is that they're now covered by Shanghai's astonishingly comprehensive subway system, so it's easy and cheap to get out to places like Qibao, a 2,000 year old manufacturing centre.

Last time we were in Shanghai, there were 9 subway lines, now there are 16 – in Britain it takes decades to plan, get permission, and build a new underground line, here they spring up in a year. Our trip to Qibao took about an hour, and encompassed passing through about 25 stations – all this cost 5RMB (50p)!

As you emerge from the station, you could be in any modern non-descript suburb, but we followed the signs to Qibao Old Town, and here we were transported back to China of the past – down teeming narrow lanes lined with old stalls. Whilst this place isn't on the tourist map for Westerners, it must be popular with the local market, because the street was absolutely packed with people picking up souvenirs and sampling the food from the many steaming stands. To be honest, most of the food looked or smelt fairly dodgy, so I wasn't willing to risk my delicate stomach on the street, so instead we went to the mall and had some stir-fried noodles.

It was a fascinating trip – it really felt like we were a world away from Shanghai.

In the evening, we went to a Shanghai restaurant that Tracy had found on the internet – Di Shui Dong, in the French Concession. The restaurant was packed with locals, which we took to be a good sign, and after a bit of a wait, we were seated. The restaurant serves Hunan cuisine, which is famed for its spiciness and use of the chilli. The food was lovely, but I have never seen so many chillies served up on each plate. With our lips and tongues tingling, we carefully picked around the chillies – on one chicken dish I had, I must have eaten about 15 whole cloves of garlic – we are going to stink tomorrow morning.

It was great food and a lively environment – the only downer of the evening was just as Tracy was congratulating herself on her choice, she jumped up like a scalded cat. Apparently, a mouse had run over her foot! We asked the table next to us if that was indeed a mouse – "oh yeah, that was mouse" they replied, as they nonchalantly tucked into another plateful of burning chillies.

So, as long as you don't mind the odd mouse running by, I'd heartily recommend this spicy restaurant.