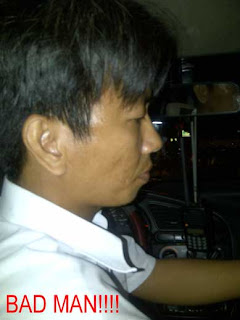 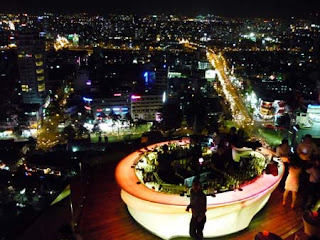 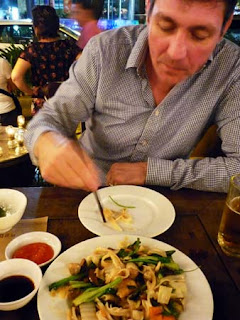 This morning, I took the trip into the beautiful Mekong Delta, about a 2 hour drive (and a world away) from the frenetic streets of Ho Chi Minh City. Since I last went into the Mekong in 2008, a brand new expressway has been built to speed up the journey there, although the local drivers don't appear to have got totally used to it yet. Lane discipline certainly hasn't been grasped yet, so slow trucks plonk themselves in the fast lane and pay no attention to the car or bus that is about 3 inches from their back bumper, hooting and flashing furiously. Eventually the stuck car gets fed up and swerves manically into the slow lane, cutting up anyone unfortunate enough to be in his way (normally our minibus).

On our (thankfully safe) arrival, we did a fun boat trip along the widest part of the delta, and in amongst the little canals and tributaries lined with little villages. It was unbelievably hot, and whenever we did a little walk amongst the villages, we were soon drenched in sweat, but at least it made the beer at lunch time taste even better than normal.

We'd planned a big night out for the evening, so having cooled down in the shower, it was time to brave the heat outside again. Unfortunately, it wasn't the relaxing start to the evening we were hoping for...........

It started well enough – we quickly found a cab, and were happily surprised to find that he was willing to put it on the metre (something they don't normally do without a bit of a struggle). The alarm bells started to ring when the meter suddenly started to go up really quickly (three-quarters of the way into our journey, it suddenly doubled). Then, when we got to our destination, we decided not to dispute the amount (which at 220,000 Dong, $10, was probably 2 or 3 times what it should be. I then handed the driver a 500,000 note – he turned away for a second and brandished a 20,000 note, saying that I owed him 200,000 more! Not only was he massively overcharging us, but he was also attempting a fairly unsubtle con – I only had two 500,000 notes on me, so there was no room for doubt.

I don't think he'd reckoned on the response he got from us. We demanded our 500,000 back in fairly forthright terms – the most printable version is Tracy telling him, "You're a very bad man", to which he replied, "no, you bad man". He then got some notes out of his shirt pocket as if to prove that he didn't have a 500,000 on him. Tracy promptly snatched them out of his hand, as the first instalment of our change. She then snatched his car radio and his mobile phone and continued to demand our money. Meanwhile, I opened all the doors, and lent across him and sounded the car horn non-stop for about 3 minutes demanding our money back. He began to freak out, and the shouting from all three of us got ever louder.

We weren't budging though, and eventually he gave us 200,000 back, plus another 100,000 Tracy had quickly pocketed from his wodge of notes. We've taken a picture of him – so you can avoid this horrible man if you're ever in HCMC.

Anyway, with our stress levels to the max, it was now time to de-stress with a drink, at where he'd dropped us off – a roof top bar on the 26th floor of the AVB Tower. The irony of it all, is that the beers in this uber-trendy bar are extremely pricey, and cost more than he was trying to diddle us out of. But, at least we knew the prices upfront, and were aware that we were being overcharged.

Of course, we were paying for the location, and what a great location it was – the lights of HCMC's ever-expanding skyline twinkling away in front of us, with the sounds of the chaotic traffic on the streets below occasionally being wafted up to us on the warm air – it was a great place to chill out, which was just as well!

Much as we loved it, we couldn't bring ourselves to pay so far over the odds for more than one drink, so we caught a cab to go to dinner. Fortunately, this guy was as pure as the driven snow and the cab cost a much more palatable $1.50.

Dinner was at our favourite HCMC restaurant, Quan An Ngon, where we gorged on a delicious array of dishes washed down by cheap beer. A much better end to a bizarre evening.