March 15th –Up The Creek in Rainy Shanghai 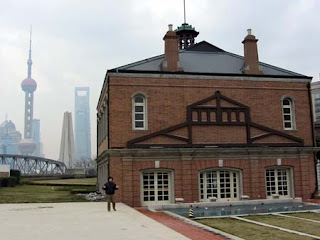 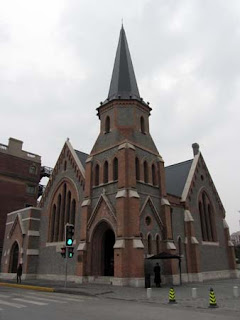 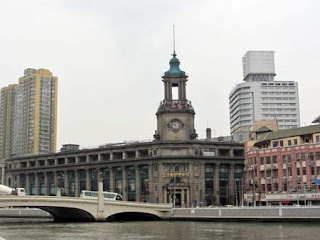 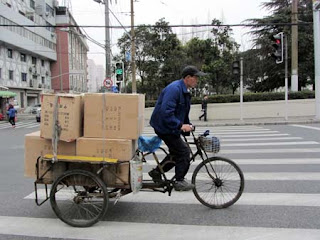 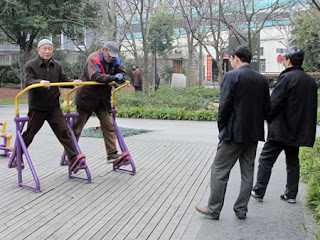 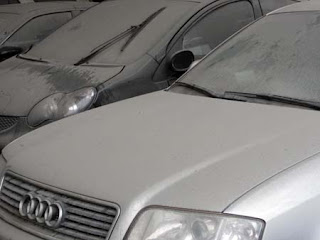 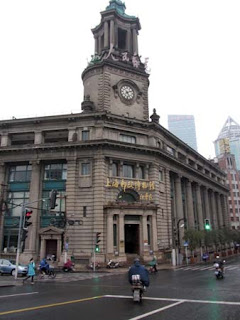 We'd been quite lucky with the weather in the last couple of days – although it had been cold for our first 2 days, it had been clear and sunny. So, we were due a bit of Shanghai's trademark damp and grey skies, and it duly arrived today.

Our plan was to do a few walks recommended on Time Out's website. Our first one was along the Suzhou Creek, the river that empties onto the Huangpu River where we were docked. Back in colonial times, the Creek would have been a hive of activity of junks picking up goods from the old warehouses that once lined the Creek; but these days, the Creek's a bit of a forgotten about part of town, that's slowly being revitalised with new developments and artsy studios.

At the bottom of the Creek on the Bund, is the old British Consulate, which had been decaying away gracefully for years, but has now been restored and become an exclusive private members club – a clear sign that the city has recaptured its get-rich-quick, boom town capitalist past. Opposite the British Consulate, the old colonial rowing club has been restored and is waiting for redevelopment – I'm sure this will be a fancy restaurant by the time we come back next.

As we wandered up the Creek, the buildings became less grand and more functional, as we explored the "real" Shanghai, away from all the glitzy malls and skyscrapers. Here, amongst the run-down houses, scruffy shops, and crumbling pavements, you could see that the juggernaut that is Shanghai's booming economy, hasn't quite benefitted everyone in the city.

On our up-Creek journey, we came across an old warehouse that's recently been turned into an arts centre. Unfortunately the arts centre had been taken over for the week for a trade show, so we had to blag our way in to have a look around. After your representatives from "Fleming Enterprises" had presented their credentials at the check-in desk, we were able to wander around and pretend that we were interested in buying up some Chinese-produced denim.

As we followed the dog-poo-caked paths along the creek, the weather got steadily worse, so by lunchtime we took shelter from the rain in a "French" cafe. Aside from a couple of baguettes, there was little about the cafe that was typically French, but at least it had good wifi, so after a couple of hours of surfing, we called it a day.

Shanghai is the furthest East and the furthest North that this World Cruise journeys to, so from this point onwards, as we head back towards Europe, it will get warm again, and at last, thankfully we will start getting the hours back that we've been steadily losing as we've sailed across the oceans.