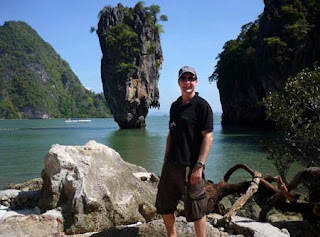 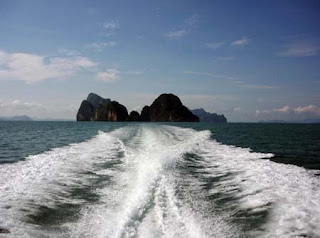 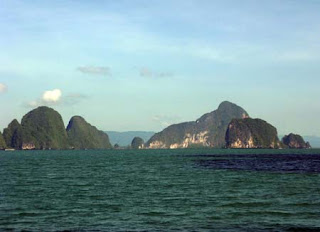 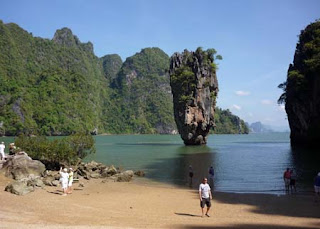 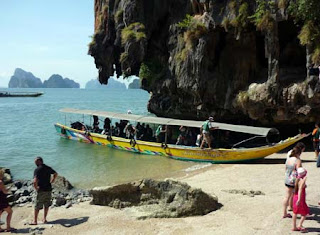 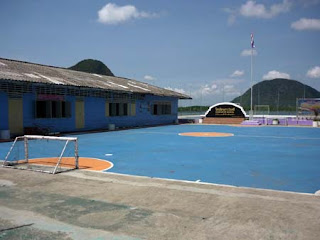 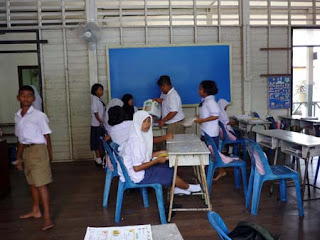 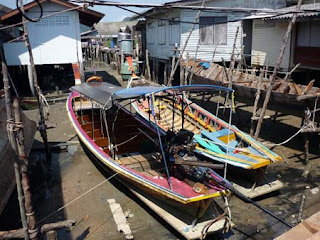 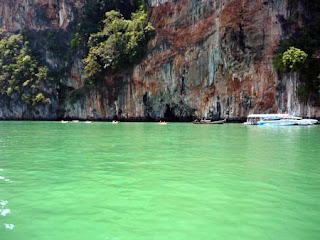 In the last few decades, the Thai island of Phuket has changed massively, as a huge amount tourist developments have turned this into one of the most popular holiday destinations in South East Asia. However, one part of the area that hasn't changed, are the timeless and haunting landscapes of the beautiful Phang-Nga National Park. Here, nature has created a bizarre array of odd-shaped limestone islands, jutting up vertically from the green seas, and weathered into all sorts of strange craggy shapes.

It's a landscape that's very reminiscent of Ha Long Bay in Vietnam, although this one is less mysteriously misty than its more northern counterpart. However, they do both share a similar geological history – the islands we see are just the tops of ancient mountains that were left stranded and sticking out of the water, when a rise in sea levels about 12,000 years ago drowned the rest of the mountains.

On an incredibly hot day, we were glad to have the wind in our hair as we caught our speedboat from Phuket's port, and sped towards this amazing natural sight. From a distance, the green islands dotted around the bay looked like they could have come from a Chinese watercolour, and they just got more spectacular the closer up we got. The boat slowed down so that we could appreciate the islands from close-up – huge stalactites the size of buses dripped down the side of the islands like melting wax, and mysterious semi-submerged caves pocked the waterline of the islands, waiting to be explored by adventurous kayakers.

We got off at Koh Phing Kan, also known as "James Bond Island", because it starred as Scaramanga's lair in the 1974 film, "The Man With the Golden Gun". If I were an evil three-nippled megalomaniac I don't think I could have selected a more enigmatic place to be my hideaway than this – it was absolutely stunning. In fact, it was so perfectly exotic, it really felt like it was created in a film studio rather than by nature – you expected the stunning rock formations plonked precariously in the water just to be made out of foam.

From here, we continued our journey through the islands to the island of Koh Panyi, where a community of Muslim fishermen have created a picturesque village on stilts in the shallow waters around the island. By the looks of it, tourism seems to have taken over from fishing as the main money-earner here, and as you explore the village, you enter a dark labyrinth of touristy stalls selling T-shirts and sarongs, and restaurants catering for the boat parties who call in every day of life. But the place is a genuine community that isn't just for show for the tourists – we walked around the island's school, where the immaculately uniformed children somehow managed to ignore the ranks of camera-toting tourists and carry on with their schoolwork. I guess that when your playground overlooks such an incredibly breathtaking natural landscape, a few gawping tourists pale into insignificance.

From here, it was a bumpy hour and a half ride back to the port, as we now started to get blasé about the fabulous sights we were passing.

A really enjoyable trip with some unforgettable sights, but I have to admit that getting back to the cool air-conditioning on board has never felt so good.