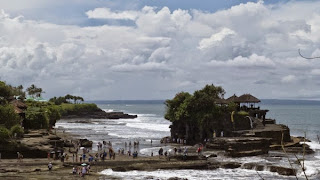 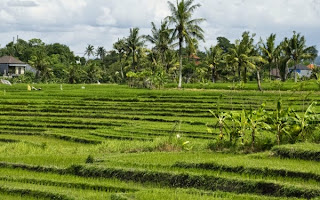 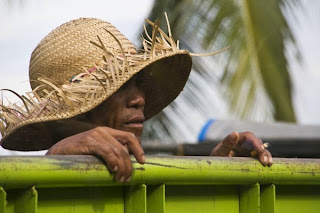 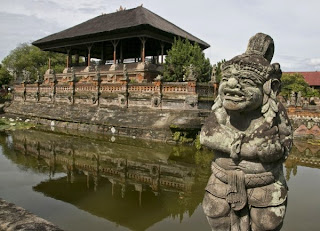 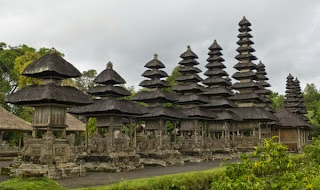 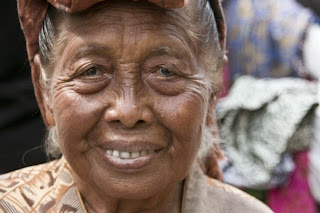 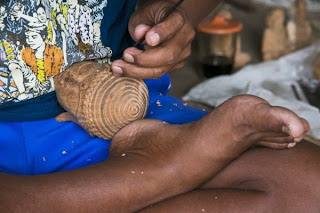 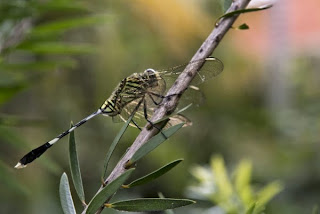 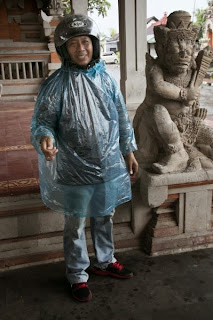 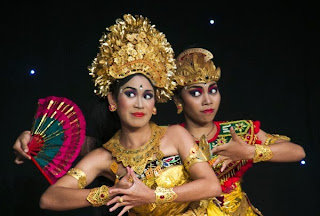 You go to any temple in Bali (you have the choice of 20,000 of them on the island after all), and you'll see that many of the statues are draped in a black and white checked cloth. These cloths represent the duality of spiritual life – the good and the bad spirits which must always be kept in balance. In the Hindu teachings, too much of a good thing is to be avoided just as much as too much of a bad thing.

From our time on this beautiful island today, it appears that Bali is in danger of losing some of its balance, if all the development and commercialisation are allowed to continue to expand at the same rate as it has in the last decade. When Tracy and I first came to Bali in the year 2000, the population was 2 million – 15 years later, it's doubled to 4 million. That's far too many people for a place like this; as the terrible traffic around Sanur, Kuta and Denpasar showed. As you drove around this over-populated southern part of the island, it was difficult to see where one city finished and another one started.

Having said all that, once you got out of the congested cities and into the peaceful countryside, then the fabled Balinese charm begins to work on you. Every village and every home you pass by has at least one ornate Hindu temple to remind you that a deep spirituality runs throughout Balinese life, even if western fashions are increasingly taking over from traditional dress. While, the countryside is still swathed in the emerald green paddy fields that make give the island its timeless character (away from the cars and fast food joints).

I joined a tour that visited Tanah Lot temple to see the view of a million postcards of Bali, of its super-picturesque temple sitting on a tiny island surrounded by the sea. The temple was looking as good as ever – the tide was coming in, but people were still crossing the semi-flooded causeway over to the island; however, on the land, there were hundreds of souvenir and clothing stalls that give this place a hard commercial edge which seems at odds with the serene temple surrounded by foaming waves.

Our second temple, the Pura Taman Ayun at Mengwi, was a much more tranquil affair – its lines of meru (multi-tiered pagodas) and its well tended lawns looking as majestic as they ever did, without being marred by lots of stalls and shops. Earlier, we had enjoyed a delicious lunch at one of the homes of the Mengwi Royal House, and we'd been met by a welcome party of what looked like the whole village – we felt like royalty.

Thunder clouds had been looming all day, but the heavens didn't open until we'd pretty much finished all the main sights – the gods must have been pleased with us.

So, we got back to the ship without being drenched, and we got to enjoy a wonderful gamelan show, with some great examples of the Balinese exotic dancing. To be honest, there's only so much of the crashing gamelan music that I can listen to without getting a headache (as an ignorant philistine, it can occasionally sound to me like someone's noisily washing up the pots and pans without much care); however, the bulging eye motions, the jerky head movements and the doubly bent back fingers of the graceful female dancers is just totally unique – a pleasant reminder that plenty of the Balinese traditions are still going strong.