February 4th – Swimming With The Fishes in Port Lincoln 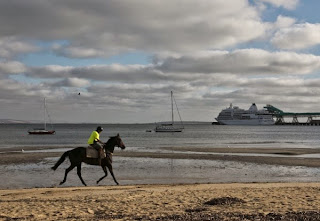 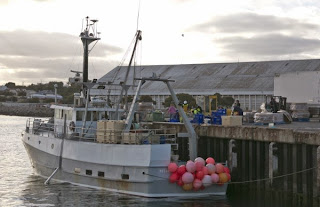 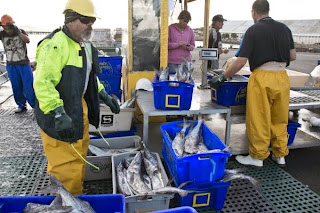 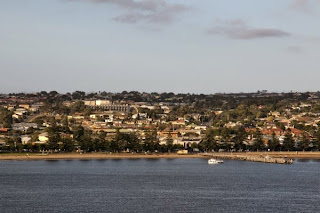 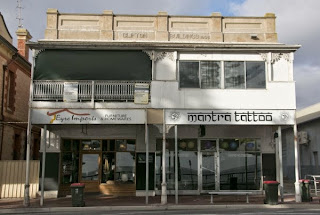 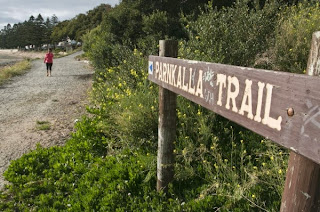 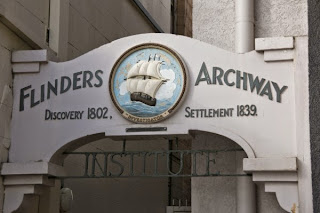 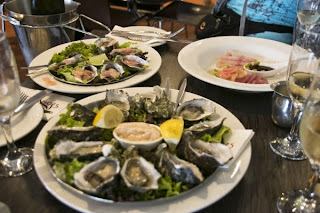 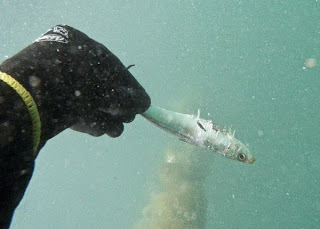 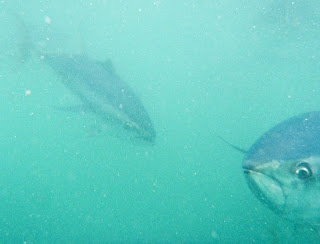 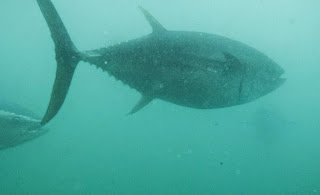 You're standing on the side of the pontoon in your wetsuit, anxiously looking down at the cold waters below, and in the depths you can make out the fast-moving dark shapes of some monstrously large fish zooming around menacingly. At this point, the decision to go on a "Swim With The Tuna" tour doesn't seem such a good idea after all. By the end of an exhilarating trip, I've gained a new-found respect for tuna fish, and I will never look at a plate of sashimi in the same way again!

We were visiting Port Lincoln, a small town in South Australia that's really famous for one thing only – its seafood. The waters off its coast are full of oysters, mussels, scallops, king fish, and most of all, tuna. In fact, the town can boast the largest tuna fishing fleet in the world.

All this tuna has brought huge amounts of money into this small town, as the tuna they catch here can fetch about $3,000 per fish, or up to $40,000 per ton – the tuna-loving Japanese can't get enough of Port Lincoln's tuna. But, they don't just catch tuna here, they've also cleverly turned the fish into a tourist attraction, by persuading foolhardy tourists to swim with these huge fish – adults weigh in at over 100 kgs (quite a lot more than me, even after a month on the world cruise), they're wider than me, and they're about 5 feet long.

So, we were taken by boat out to a tuna pen, where the fish are corralled together to be fattened up, and then told to jump right in amongst them. The water was chilly at first, but the adrenalin of being so close to these enormous fish soon warms you up. What's astounding is how fast they are – they zoom right past you, emerging from the murky depths and speeding right past you in a flash.

They're so big and powerful that you're rocked by their wake as they career past you, inches from your face – it's almost like they're toying with you as they set a collision course directly at you, and then veer away at the very last split-second. Given the speed of the fish, it's virtually impossible to photograph them, but I have put a link to some video that I took – it doesn't quite convey the size and power of the tuna, but it gives you an idea of how close they get.

As you can imagine, it's a pretty scary (but fantastically exciting) experience – apparently my high-pitched yelps of fear every time I had a close encounter of a tuna kind were coming straight out of my snorkel and amusing those onlooking passengers who didn't fancy swimming with the fishes.

We were then encouraged to hand feed these behemoths with pilchards – a real test of bravery as you tentatively hold the fish out, and an enormous tuna comes out of nowhere and yanks it out of your hand. You're left feeling a little shaky and wondering how many fingers you have left – they assured us that no-one had ever been bitten or even bumped into a tuna.

This is an unforgettable experience that takes you right out of your comfort zone, but is totally unique – everyone loved it.

PS. For dinner, I couldn't help it, but I just had to have some fresh Port Lincoln tuna!