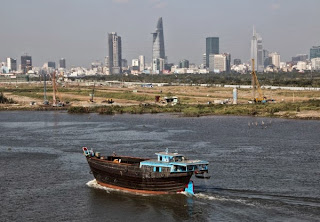 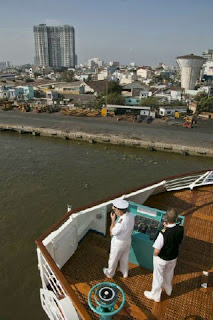 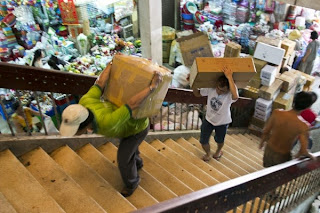 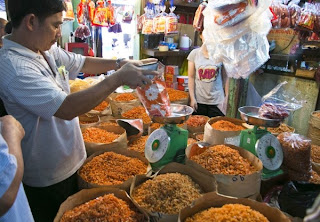 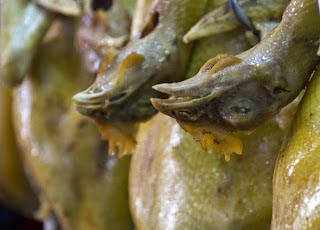 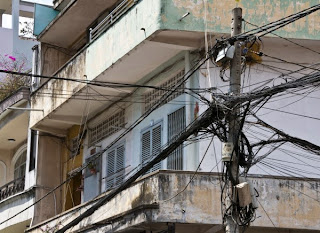 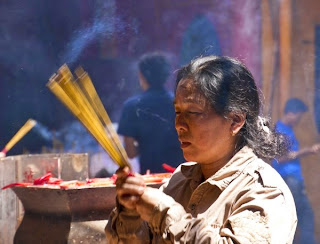 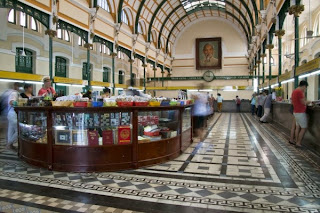 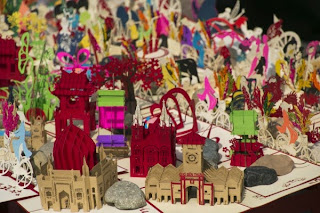 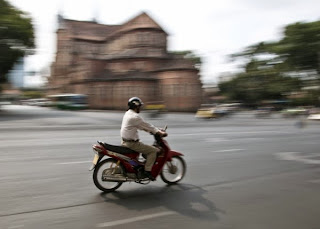 We've come to Ho Chi Minh City at least once every year for the last 8 years, and each time we come here, it gets a bit more advanced, the skyline gets taller, and its famous traffic gets a little bit organised. But, today we decided to try to rediscover the HCMC of a decade ago, by visiting the heaving Cholon district, the Chinese part of town.

As we approached the teeming streets of Cholon, we suddenly got a realisation of how tame and sanitised the central district (District One) of HCMC had become (at least by comparison). In District One there are now traffic lights (that are generally obeyed), and there are ever more cars competing for road space with the thousands of motorbikes. But, here in Cholon, it was like someone had pressed the fast forward button on the traffic – motorbikes came at you from all angles and there never appeared to be a break in the teeming, honking traffic. Crossing the road in HCMC is always a bit of a lottery, but here in Cholon, you involuntarily rediscovered God as you made your way tentatively through the constant stream of bikes weaving around you. Strangely enough, it was great fun.

In the past, we've grown a little weary of the unashamed tourist focus of the Ben Tanh market in District One, so in Cholon we visited the almost totally untouristy Binh Tay wholesale market. This place wasn't full of knock offs, instead it was packed to the rafters with goods aimed at the ordinary people – more hats than I've seen in my life, huge pots and pans for restaurants, rolls of colourful material. As you walked through its narrow corridors, you had to keep a constant eye out for people pushing carts laden with supplies or carrying huge parcels on their backs – the law of the road appeared to be that the bigger the load you were carrying, the faster you went, and the more right you had to barge people out of the way.

The food section outside had a positively medieval nature to it – the road wasn't paved, and there were people absolutely everywhere. There was so much life going on that it made you feel breathless – wonderful to watch.

Once we could take no more, we headed into Cholon's streets, which were nearly as busy as the market. So, we briefly took refuge from the chaos in the calm of the historic Cha Tam Catholic Church, before launching ourselves into a pursuit of a couple of the distinctive Chinese Pagodas which dot the Cholon district. Being Chinese New Year, they were full of worshippers lighting their incense sticks and praying devoutly.

We rounded off our time in Cholon with a lunch in a typical Chinese open-air restaurant, packed with locals and not a single round eye in sight. It was fairly low-grade, but it was the real deal – the punters all jabbering at each other noisily, while the waiters barked at each other at the top of their voices. This was not the place to come for a long, leisurely lunch!

So, it was time to get into the haven of a cab back to District One, where we picked up a few bargains at the knock-off market at Saigon Square, before returning to the ship for a cold shower.

That evening, we went for a more upmarket HCMC experience – by visiting the Chill Skybar for some great views of the city after dark. It's from this angle that you really get to appreciate the choreography and rhythms of the flows of traffic in the city below us. From here, we went for a superb alfresco dinner at Quan an Ngon – the warm air, the cold beer, and the delicate flavours all combining wonderfully to finish off another great day in this fantastic city.

The following day, we only had the morning to explore, so we stuck to District One, which is getting increasingly gentrified. They've even started work on a multi-billion subway system that will make getting around much easier in this congested city. We visited one of the upmarket shopping malls, whose high prices seemed to be putting off most customers, and we popped into the Ben Tanh Market whose low prices were still drawing in customers in their droves.

As ever, HCMC has been hugely entertaining – I wonder how much it will have changed by our next visit?