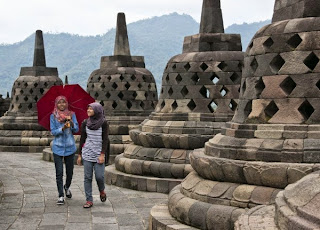 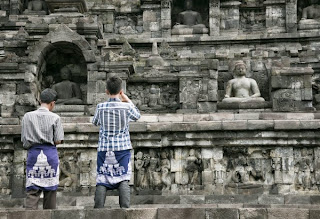 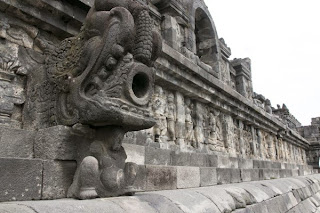 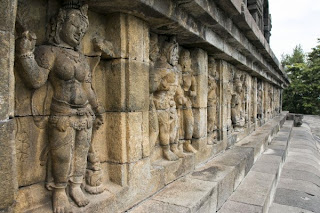 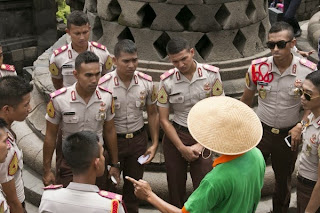 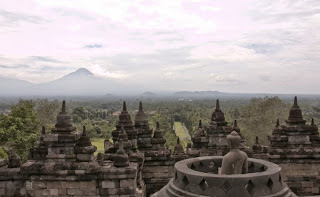 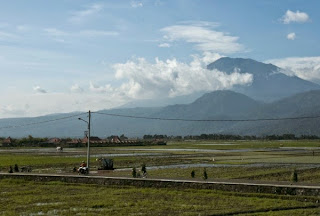 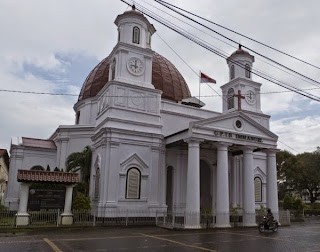 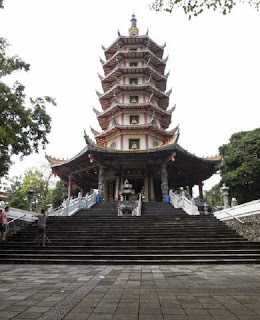 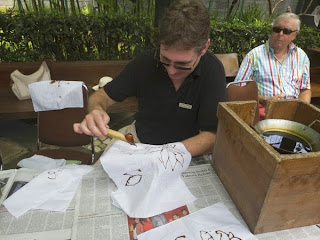 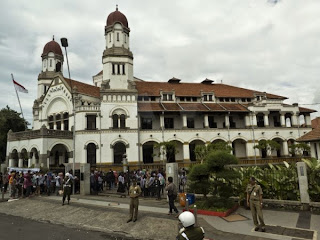 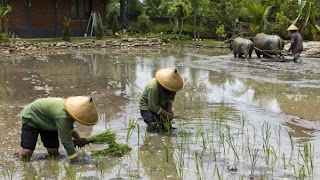 Most people come to this part of Central Java to see the amazing temple at Borobudur, rather than the more gritty urban attractions of our port of call, Semarang. So, while Tracy was whizzed along the two hour journey to Borobudur with a police escort clearing the traffic out of her way, my tour around Semarang slowly made its way through the chaotic traffic that's become a feature of urban Indonesia.

In a city that's grown exponentially since the war into a modern town of 2 million people, there weren't many traces of the old town that was founded by the Dutch in the 18th century. We visited the old Dutch Church near the port – a grand reminder that the Dutch were making serious money out in the colonies in the East Indies, but also a reminder that the world has come a long way since the time of the European empires. The days when this was the centre of town have long gone.

There were a few more old Dutch houses and office blocks, but the only other major colonial building was the Lawang Sewu ("The Thousand Doors Building"), the former headquarters of the Dutch Railway Company. Other than that, Semarang has become a sprawling city of shopping malls, office blocks, ramshackle housing, and posh suburbs. The contrast between the sparkling malls and the rambling markets, between the dilapidated shacks and the opulent villas told the story of Indonesia's two-speed economic growth – the rich have been getting richer, while it seems like not much has changed for many of the poorer people.

Semarang is notable for being "the most Chinese city in Indonesia", with roughly a third of its population ethnic Chinese; so we visited one of their most impressive temples, the tall pagoda at the Buddhagaya Watugong Monsastery. The pagoda was covered in carvings and made a photogenic stop, but the whole site was curiously deserted.

Our final stop was at the Balemong Resort, a resort complex of 50 rooms and villas set in some beautiful grounds, that again appeared to be deserted. At the resort, we were shown how to make Batik designs and then given a chance to have a go ourselves. All I can say is that it's a lot harder than it looks – by the end of our session, my hands were covered in boiling hot wax, while the cloth that I was "decorating" was covered in clumps of wax that had little relation to the drawn out lines that I'd been attempting to follow. Somehow, in between me turning in this terrible piece of work that a three year old would have been embarrassed by, and it getting dyed, they'd managed to resurrect it into something vaguely artistic.

It was hot work, slaving over the boiling wax, so we were glad to have a cool beer with our tasty lunch, and then we got to watch a couple of enormous buffalos labouring away in the thick mud, as they ploughed a rice paddy – maybe doing a bit of batik wasn't so hard after all.

So, Semarang isn't the most attractive city in the world, but it's not completely without its charms.

PS. So, while Semarang is ok, Borobudur was a place to fall in love with on St Valentine's day. As you can see from Tracy's pictures of Borobudur, she definitely picked the right tour to join, as she followed the path of enlightenment around this enormous, totally stunning temple.