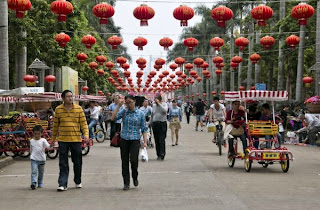 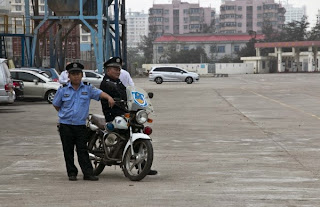 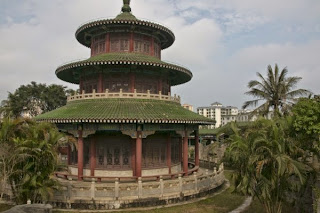 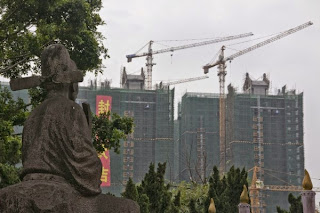 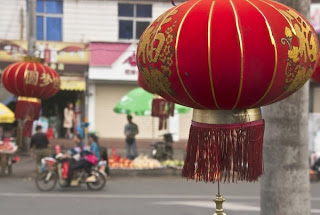 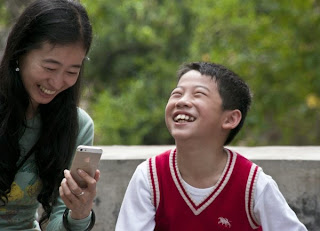 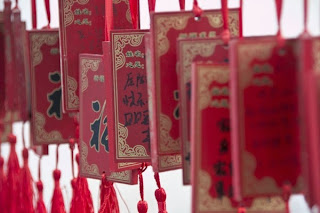 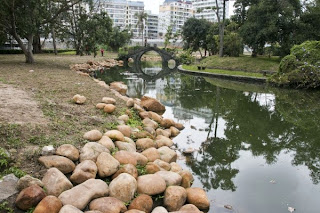 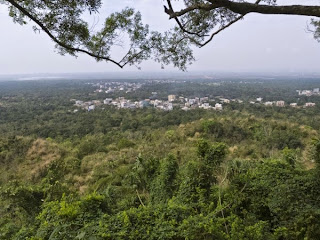 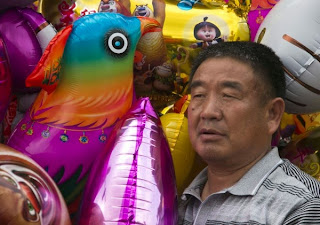 The island of Hainan in southern China is getting increasingly popular with Chinese tourists, who come here in their droves to enjoy its sub-tropical warmth and sandy beaches. However, the resorts and beaches are all in the south of the island, while our port of call, Haikou, the island's modern capital, is a long way away from them in the north of the island, and it's not really used to entertaining Western tourists.

Our introduction to the island wasn't great – it was enveloped in fog so thick that its lines of skyscrapers were scarcely visible, while the authorities seemed unprepared for clearing a ship promptly. However, somehow the ship managed to get us all through the immigration chaos, and the sun began to burn off the fog, so that we could actually see what the city looked like.

What we saw was an almost totally modern city that seemed to be expanding before our eyes – building sites everywhere constructing line after line of tower blocks and shopping malls. In spite of this, it wasn't a depressing place – the streets were wide and lined with thousands of coconut trees (which makes this seem an exotic place to those Chinese tourists from the cold cities of the north), while there seemed to be quite a large proportion of parks in the city.

My tour actually took us out of the city to see Haikou's "Volcanic Cluster Park" – a park of extinct volcanic cones and craters swathed in thick greenery. Unfortunately, that probably makes it sound a bit more interesting than what it's become, because the tourist industry has virtually turned it into a theme park. As it was Chinese New Year, the park was absolutely packed with thousands of Chinese families enjoying a noisy day trip out. It wasn't unpleasant, and in fact the people watching opportunities were great, but it wasn't quite the back-to-nature experience that people may have been expecting.

So, we joined the crowds trekking up the long stairways that led to the main crater – if you could zone out the millions of other people sharing the views with you, you could just about imagine the primeval volcanic landscape this was before man arrived.

As we were finished a little early, I persuaded our guide (who was excellent) to take us into the city to see Evergreen Park, the place where the city's people come to play. This being Chinese New Year, they were out playing in their droves, but there was a really good, happy atmosphere to the park, as children played gleefully with their kites and strolled with their parents.

So, I don't think that Haikou is going to be turned into a Mecca for western tourists any time soon, but it's a pleasant enough place which showed us the massive changes that are taking place in Chinese society, as it gets ever more focused on urbanisation, consumerism, high-rise living and leisure.